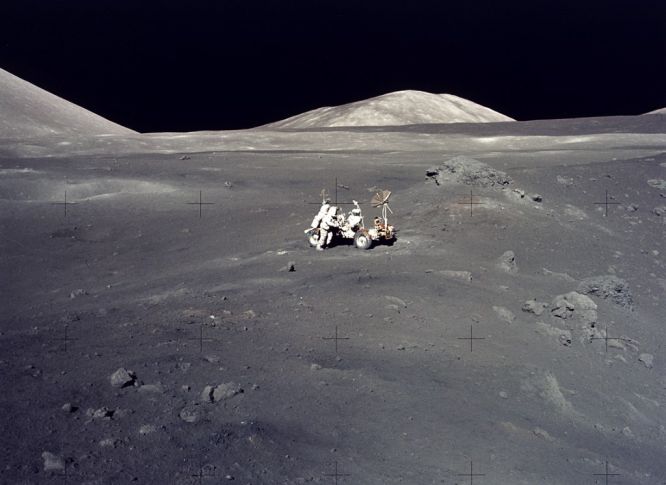 Explanation: Buzz Aldrin, Apollo 11 Lunar Module pilot and the second human to walk on the Moon, described the lunar landscape as "a magnificent desolation". Dramatic pictures from the Apollo missions to the lunar surface testify to this apt turn of phrase. Near the Apollo 17 landing site, Family Mountain (center background) and the edge of South Massif (left) frame the lunarscape in this photo of astronaut Harrison Schmitt working alongside the lunar roving vehicle. Schmitt and fellow astronaut Eugene Cernan were the last to walk on this magnificent desolation.