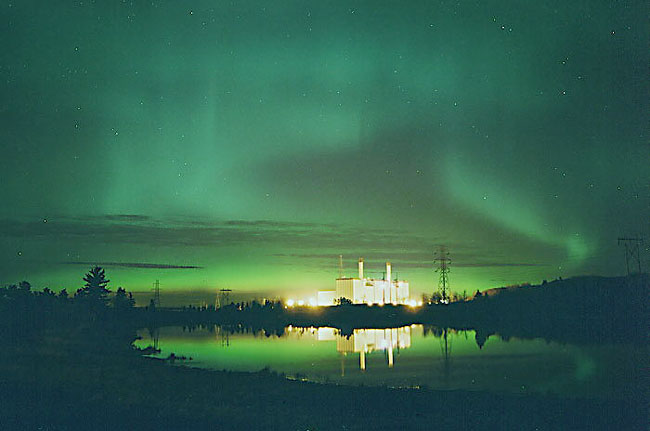 Explanation: Northern and southern locales saw many a beautiful aurora over the last week, as particles from several large solar flares impacted the Earth. Many reported unusually red auroras, although colors across the spectrum were also seen. Power grids and orbiting satellites braced for the onslaught, but little lasting damage was reported. Pictured above, the Clover Bar Power Plant was photographed from the banks of the North Saskatchewan River in Edmonton, Alberta, Canada. A small pond in the foreground reflects predominantly green aurora light far in the distance. Two days ago, again unexpectedly, another large solar flare occurred from sunspot group 10486, the site of other recent major flares. This unusually active solar region is now rotating to the far side of the Sun.