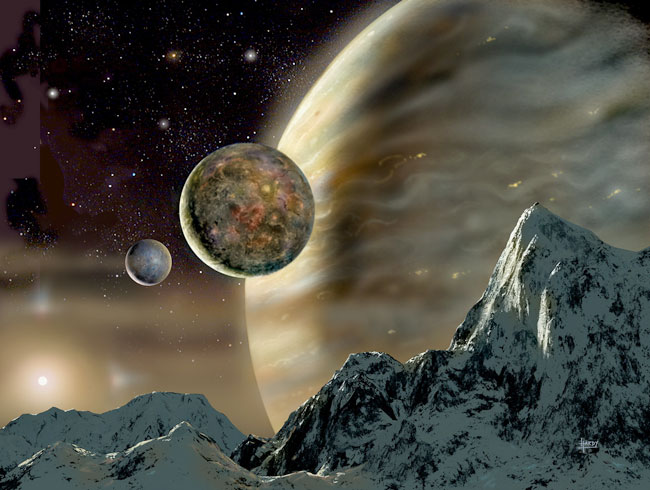 Explanation: Astronomers have discovered a planetary system more similar to our own Solar System than any known previously. The bright star HD70642, visible with binoculars toward the constellation of Puppis, was already known to be a star like our Sun. Now a planet with twice Jupiter's mass has been discovered in a nearly circular orbit at approximately half the orbital distance of Jupiter. Such an orbit allows the possibility of habitable Earth-type planets orbiting further in, a possibility not likely with all previously discovered planetary systems with massive planets occupying disruptive closer elliptical orbits. The above illustration indicates what the HD70642 planetary system might look like from a hypothetical moon orbiting the newly discovered planet. At only 90 light years distant, extremely faint early radio broadcasts from Earth are now passing this planetary system.