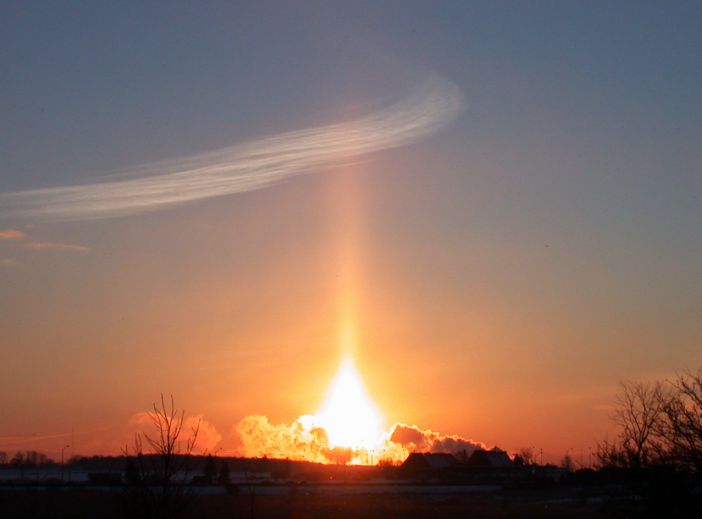 Launch of the Sun Pillar
Credit & Copyright: Lauri A. Kangas

Explanation: On January 16, NASA's space shuttle Columbia roared into blue morning skies above Kennedy Space Center on STS-107, the first shuttle mission of 2003. But this is not a picture of that launch! It was taken on the morning of January 16 though, at sunrise, looking eastward toward Lake Ontario from just outside of Caledon, Ontario, Canada. In the picture a sun pillar, sunlight reflecting from ice crystals gently falling through the cold air, seems to shoot above the fiery Sun still low on the horizon. By chance, fog and clouds forming over the relatively warm lake look like billowing smoke from a rocket's exhaust plume and complete the launch illusion. Amateur photographer Lauri Kangas stopped on his way to work to record the eye-catching sun pillar launch.