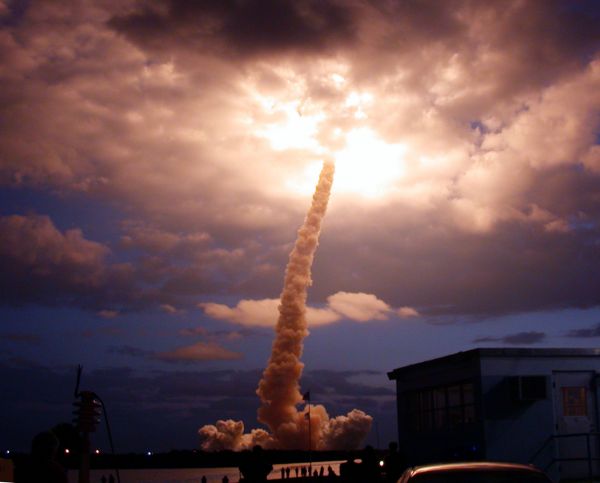 Explanation: Trailing a thick column of exhaust, the Space Shuttle Columbia blasted into the twilight morning sky on March 1, its thundering rockets briefly flooding a cloud bank with the light of a false dawn. The event marked the start of the ongoing eleven day mission to upgrade the Hubble Space Telescope. Hubble's upgrades include the installation of new solar arrays and a new camera. Columbia's crew is scheduled to complete the work today in the last of five space walks. Columbia's launch also marks the first flight of the oldest operating space shuttle after receiving extensive upgrades itself, designed to increase its capabilities for missions to low Earth orbit. The shuttle landing is expected at Kennedy Space Center on March 12.