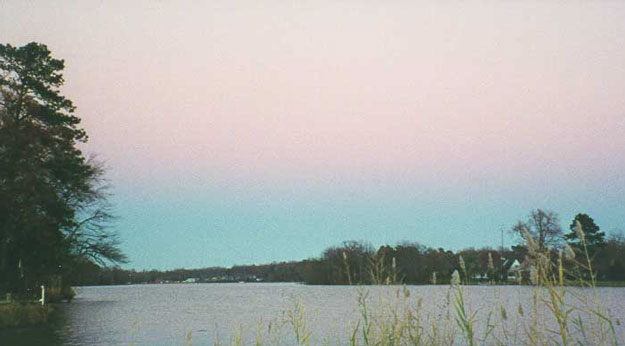 Explanation: Although you've surely seen it, you might not have noticed it. During a cloudless twilight, just before sunrise or after sunset, part of the atmosphere above the horizon appears slightly off-color, slightly pink. Visible in the above photograph, this off-color band between the dark eclipsed sky and the blue sky can best be seen in the direction opposite the Sun and is called the Belt of Venus. Straight above, blue sky is normal sunlight reflecting off the atmosphere. In the Belt of Venus, however, the atmosphere reflects light from the setting (or rising) Sun which appears more red. The Belt of Venus can be seen from any location with a clear horizon. It is frequently caught by accident in other photographs.