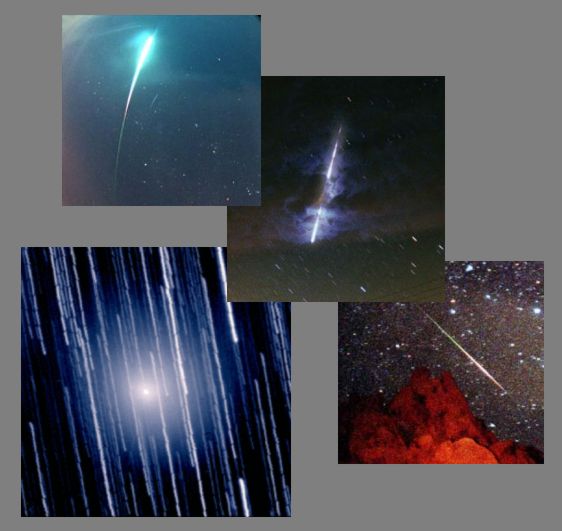 Explanation: Will the Leonids storm this year? The annual Leonid meteor shower should peak this weekend and some predictions suggest that "storm" rates of a thousand or more meteors per hour are possible for observers located in eastern North and Central America during the early morning hours of Sunday, November 18. Similar high rates are also anticipated for the western Pacific region on the morning of November 19th. In any event, the 2001 Leonid shower should be dramatic and easy to watch, as were the Leonids of recent years. From top left to bottom right above are spectacular examples of bright fireball meteors from the 1998 Leonid shower as recorded by V. Winter and J. Dudley, Lorenzo Lovato, and Wally Pacholka. A 1998 image from the Puckett Observatory at lower left features the source of the debris stream which supplies the Leonid meteors, comet Tempel-Tuttle.