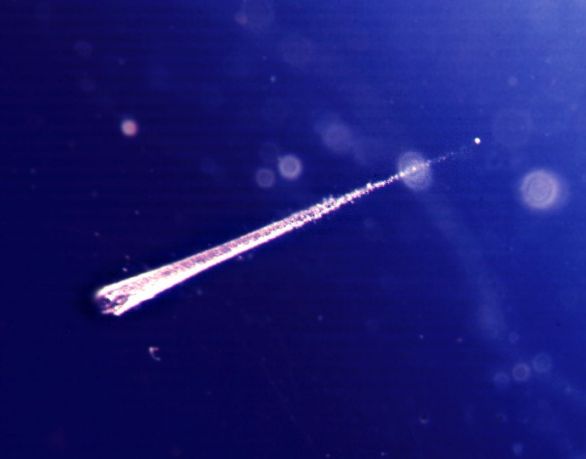 Explanation: This carrot-shaped track is actually little more than 5 hundredths of an inch long. It is the trail of a meteroid through the high-tech substance aerogel exposed to space by the shuttle launched EURECA (European Recoverable Carrier) spacecraft. Like those in the ongoing Leonid meteor shower, this meteoroid is about a thousandth of an inch in diameter. It is visible where it came to rest, just beyond the tip of the carrot at the far right. Chemical analyses of interplanetary dust particles similar to this one suggest that some of them may be bits of comets and thus represent samples of material from the early stages of the formation of the Solar System.