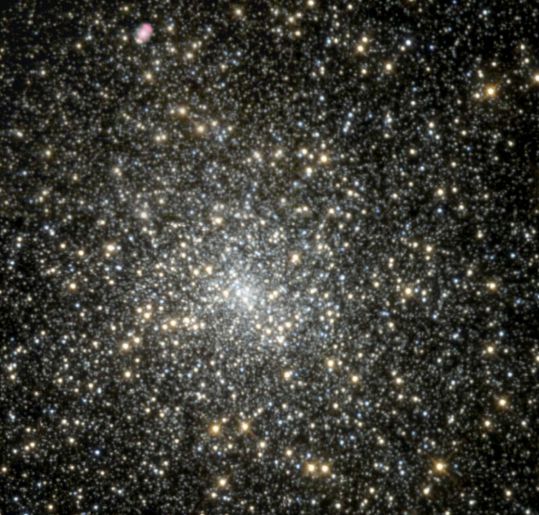 Explanation: Life might get dull at the core of M15 but the sky would always be bright with stars! In fact, only 40,000 light-years away in the constellation Pegasus, M15 is one of the most densely packed globular star clusters in our Milky Way Galaxy. This stunning Hubble Space Telescope image of M15 shows thousands of individual stars across the central 10 or so light-years of the cluster, also cataloged as NGC 7078. Yet even the Hubble's sharp vision can't clearly separate the stars at this cluster's core. Globular star clusters harbor from a hundred thousand up to a million stars and roam the Milky Way halo. Like most globulars, M15 is filled with ancient stars, about 12 billion years old compared to the Sun's estimated 4.5 billion years. Its cool red giant stars appear yellowish in this color composite image. Unlike most globulars, M15 displays a planetary nebula, the briefly visible gaseous shroud of a dying star. Can you pick it out? Cataloged as Kuestner 648, M15's planetary nebula is the round pinkish cloud at the upper left.