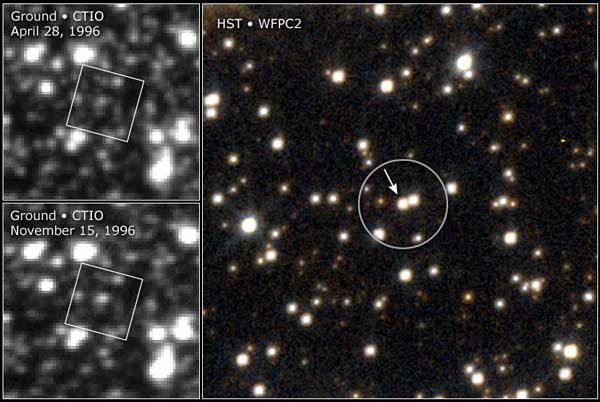 Explanation: A black hole glides silently through space. Is there any way to know it's there? Until last week, all objects that might be black holes in our Galaxy were part of binary star systems. There, gas from the companion star was hypothesized to swirl around the black hole, heat up, and emit X-rays before falling in. Last week, however, analysis was released of a mysteriously dark object that floated in front of a distant background star, dramatically increasing this star's light by the lens effect of its gravity, as pictured above. The high mass and low light of this strange lens have astronomers guessing they might just have detected a lone black hole, weighing in at six times the mass of our Sun. The existence of isolated black holes is not in itself surprising, as they should be the end result of the cores of massive stars.