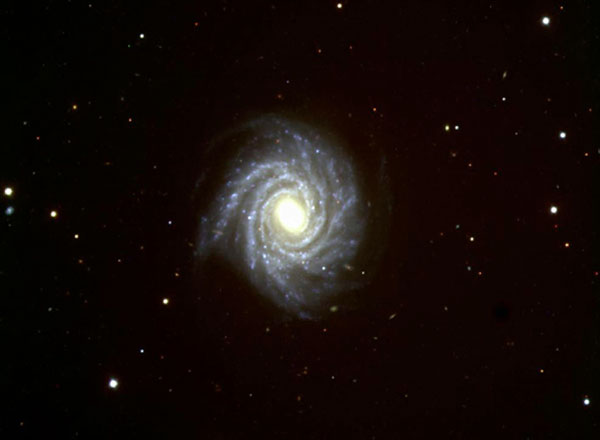 Explanation: As the twentieth century dawned a debate raged over whether the Milky Way was the entire universe. The 1920s brought observations of spiral-nebulae that housed familiar but faint variable stars, and hence placed these nebulae much farther than anything else ever found. The Milky Way, apparently, is itself a spiral nebula seen from the inside. Soon interstellar dust was identified as the opaque material that blocks our view of distant spiral arms, confirming that our Sun was well away from the center. As the twentieth century closes, galaxies are seen forming across the universe, and our Milky Way is referred to as a spiral galaxy quite similar to NGC 1288, as pictured above.