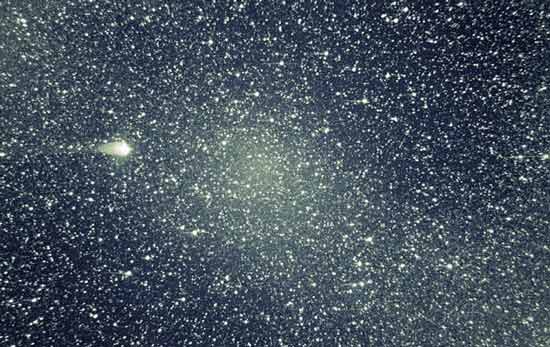 Explanation: If you look carefully enough, you can even see the glow of the Sun in the opposite direction. At night this glow is known as the gegenschein (German for "counter glow"), and can be seen as a faint glow in an extremely dark sky, as pictured above. The gegenschein is sunlight back-scattered off small dust particles. These dust particles are millimeter sized splinters from asteroids and orbit in the ecliptic plane of the planets. The gegenschein is distinguished from zodiacal light by the high angle of reflection. At day, a phenomenon similar to the gegenschien called the glory can be seen in clouds opposite the Sun from an airplane.