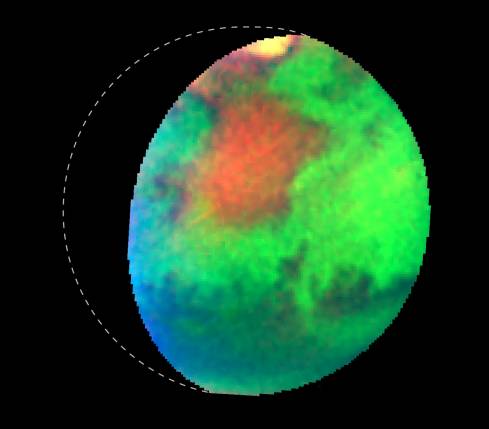 Explanation: Was Mars wetter and more Earth-like in its distant past? This false-color composite image of Mars is part of the mounting evidence that liquid water once did play a significant role in Martian surface geology. Constructed from infrared imaging data obtained by the Hubble Space Telescope in July 1997, the north polar cap is near the top of the picture and the large reddish region indicates potential water-bearing mineral deposits. Mars Pathfinder landed at the southern edge of this area, known as the Mare Acidalium, also finding evidence of water-worn conglomerate rocks. Large scale surface features in this region appear to have been sculpted by massive flooding in the early history of Mars.