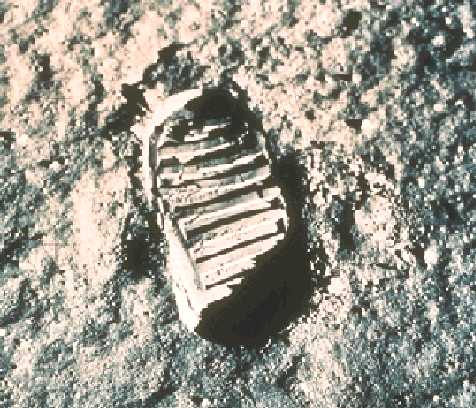 Explanation: On July 20th, 1969, a human first set foot on the Moon. Pictured above is the first lunar footprint. The footprint and distinction of the first person to walk on the Moon belong to Neil Armstrong. It has been estimated that one billion people world-wide watched Armstrong's first step - making the live transmission from a camera mounted on the lunar lander one of the highest rated television shows ever. Upon setting foot on the moon, Armstrong said: "That's one small step for (a) man, one giant leap for mankind." The Apollo missions to the Moon have been described as the result of the greatest technological mobilization the world has known.