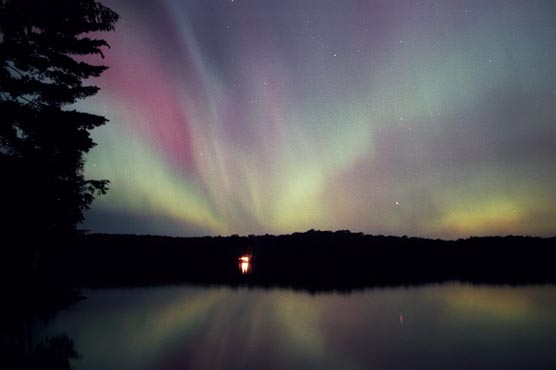 Explanation: A solar storm overtook the Earth on August 26th. The Earth survived unscathed, as usual, although many northerners reported an impressive display of aurora. Many of these auroras changed rapidly, with patterns appearing and disappearing sometimes in less than a second. Out away from city lights, observers also reported an unusually spectacular array of colors. Some of these colors were captured in the photograph above. Solar particles that strike oxygen high in Earth's atmosphere cause rare, red auroras, while oxygen lower to the ground will glow a more familiar green. Ionized nitrogen glows blue or red.