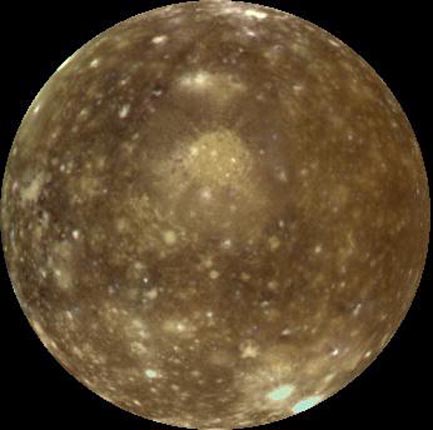 Explanation: Callisto's surface has many stories to tell. The most distant of Jupiter's Galilean Moons, Callisto shows the highest density of impact craters in the Solar System, but harbors no volcanoes or even any large mountains. Callisto's surface is laced with cracks and craters from billions of years of collisions with interplanetary debris. This image shows