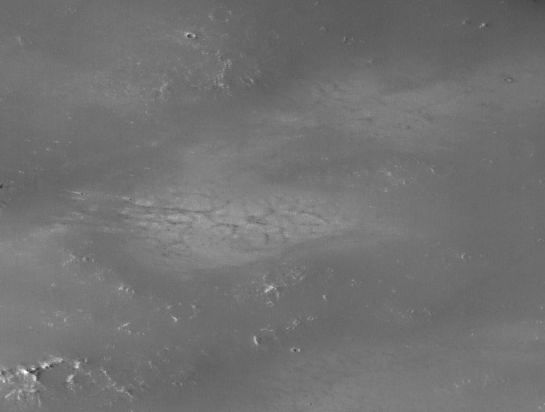 Explanation: Look closely. In this Mars Global Surveyor image of the Martian surface just south of Schiaparelli crater, dark lines appear to criss-cross light colored depressions. One tantalizing possibility is simply that the feature near the center is similar to a dried-up lake bed on planet Earth, where light colored mineral deposits are left as water evaporates and cracks are produced as the ground dries. This potential Martian lake bed is roughly 3/4 miles across and may provide further evidence that Mars once possessed surface water. Recently announced results from the Mars Pathfinder mission also point to a Martian past which included a denser atmosphere and surface water - conditions which could have supported life.