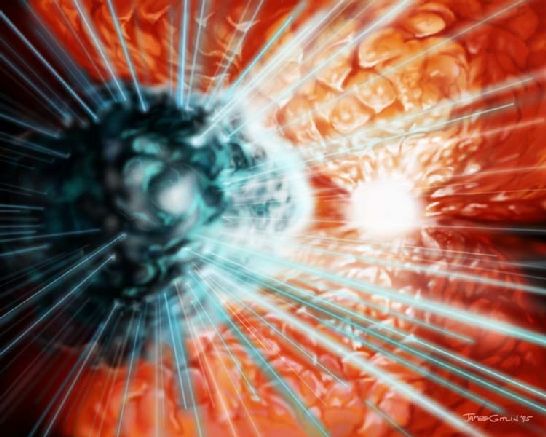 Explanation: Have you heard about the great LASER light show in the sky? A team led by K. Davidson (U. Michigan) and S. Johansson (U. Lund) discovered that the chaotically variable star Eta Carinae emits ultraviolet light in such a narrow band that it is most probably LASER light! This artist's vision depicts a model that could account for their Hubble Space Telescope observations. In this model, Eta Carinae emits many LASER beams from its surrounding cloud of energized gas. Infrared LASERS and microwave MASERS are extremely rare astrophysical phenomena, but this natural ultraviolet LASER is the first of its kind to be discovered.