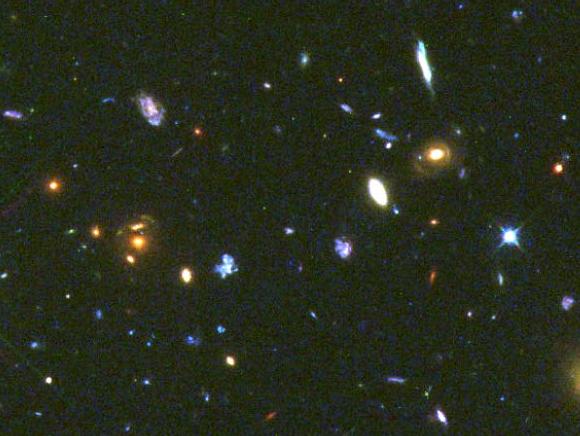 Explanation: This Hubble Space Telescope image of a group of faint galaxies "far, far away" is a snap shot of the Universe when it was young. The bluish, irregularly shaped galaxies revealed in the image are up to eight billion light years away and seem to have commonly undergone galaxy collisions and bursts of star formation. Studying these objects is difficult because they are so faint, however they may provide clues to how our own Milky Way Galaxy formed.