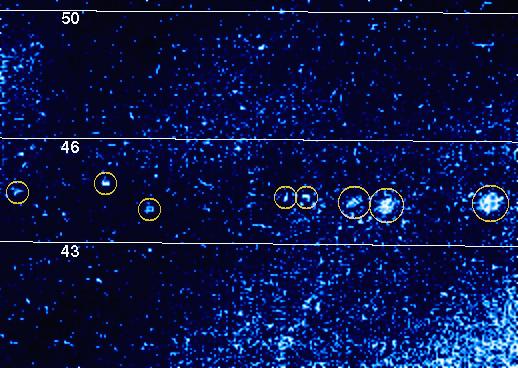 Explanation: Does lightning occur only on Earth? Spacecraft in our Solar System have detected radio signals consistent with lightning on other planets, including Venus, Jupiter, Saturn, Uranus, and Neptune. In the above photograph, optical flashes from Jupiter were photographed recently by the Galileo orbiter. Each of the circled dots indicates lightning. The numbers label lines of latitude. The size of the largest spot is about 500 kilometers across and might be high clouds illuminated by several bright lightning strokes.