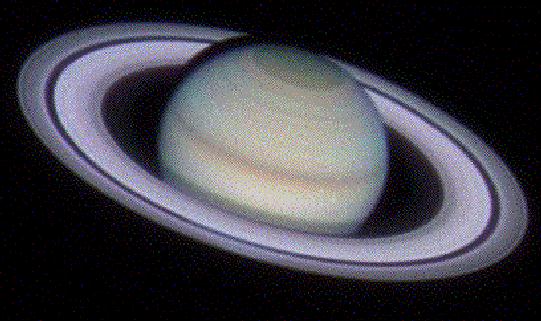 Explanation: Saturn is unusual but photogenic. The second largest planet in our Solar System, behind Jupiter, has been easily identifiable at night since history has been recorded. It was only with the invention of the telescope, however, that any evidence of its majestic ring system became apparent. Saturn itself is composed of mostly hydrogen and helium gas. Saturn's rings are composed of many ice chunks ranging in size from a penny to car. The above picture of Saturn is one of the earliest taken by the Hubble Space Telescope and is a digital reconstruction of three color images. The Cassini mission to Saturn is scheduled to be launched later this year and should reach Saturn in 2004.