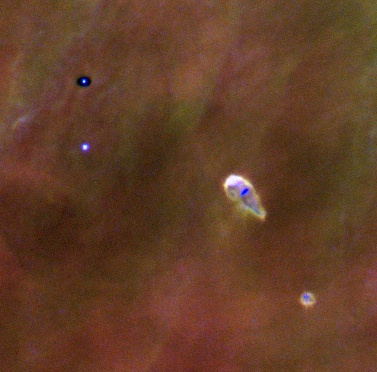 Explanation: Sometimes the unexpected comes in a familiar shape. In this recently released picture, the seemingly familiar teardrop-shaped object just right of center is actually an unusually situated disk of gas and dust. In fact, the teardrop is about the size of our own Solar System and is racing against time to condense and form planets. This disk, however, is unfortunate enough to lie in the Trapezium, which is also home to several immense, bright stars. These bright stars emit light so powerful it boils away the gas and dust in planet-forming disks. Large Jupiter-like planets will probably never form in this hostile environment, but it is currently unknown whether Earth-like planets could form and survive.