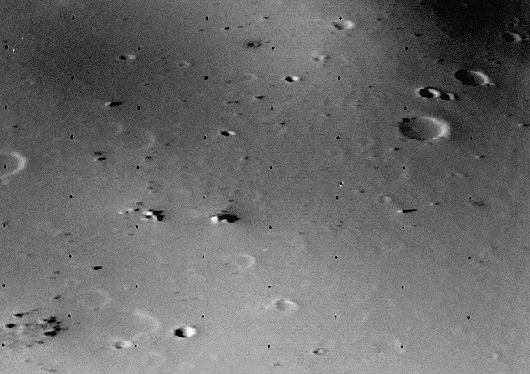 Explanation: Diminutive Deimos is the smallest of the two tiny Moons of Mars. Potato shaped and barely 6 miles wide this asteroid-like body was visited by the Viking 2 orbiter in 1977. This image was made when the spacecraft approached to within 18 miles of Deimos' surface. It is one of the most detailed pictures of a celestial body ever taken by an orbiting spacecraft - the field of view is less than a square mile and features just under 10 feet across are visible. Craters and large chunks of rock are seen scattered on the surface. Some of the craters appear to have been covered by a layer of regolith (soil and broken rock).