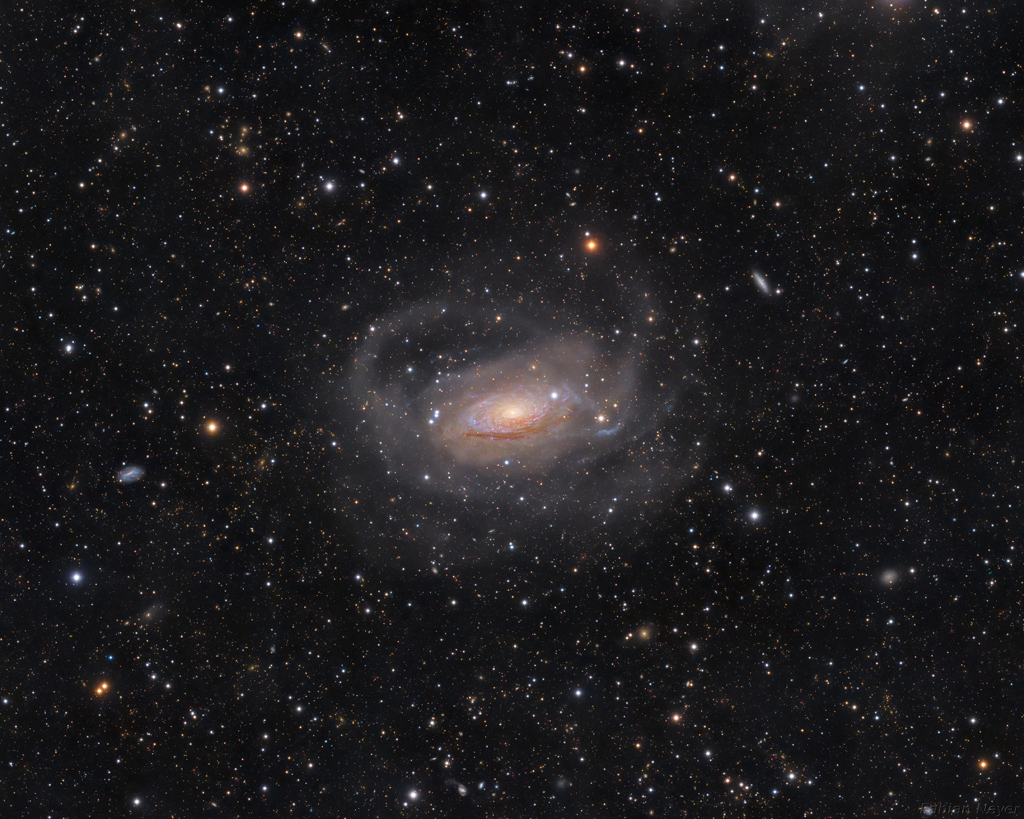 Explanation: A bright spiral galaxy of the northern sky, Messier 63 is nearby, about 30 million light-years distant toward the loyal constellation Canes Venatici. Also cataloged as NGC 5055, the majestic island universe is nearly 100,000 light-years across, about the size of our own Milky Way. Its bright core and majestic spiral arms lend the galaxy its popular name, The Sunflower Galaxy, while this exceptionally deep exposure also follows faint, arcing star streams far into the galaxy's halo. Extending nearly 180,000 light-years from the galactic center the star streams are likely remnants of tidally disrupted satellites of M63. Other satellite galaxies of M63 can be spotted in this remarkable wide-field image, made with a small telescope, including five newly identified faint dwarf galaxies, which could contribute to M63's star streams in the next few billion years.