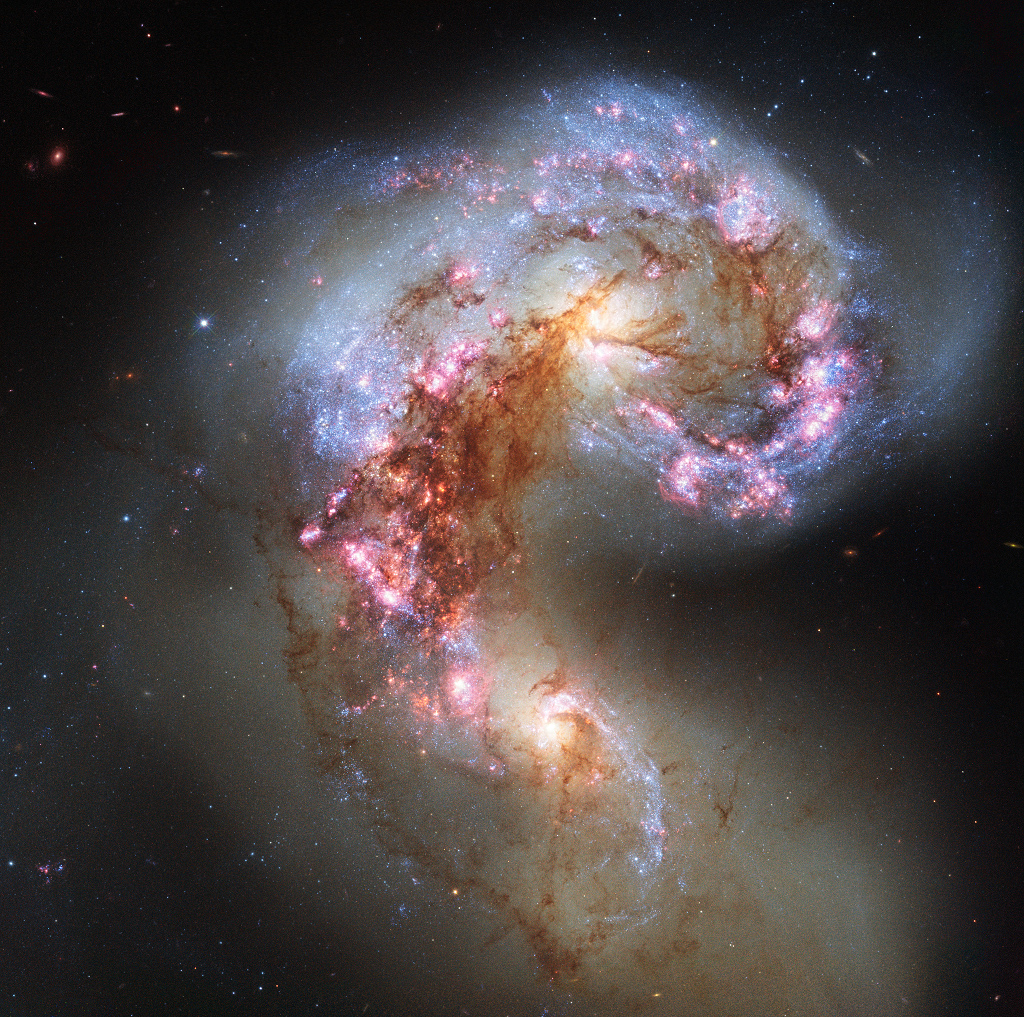 Explanation: Sixty million light-years away toward the southerly constellation Corvus, these two large galaxies are colliding. The cosmic train wreck captured in stunning detail in this Hubble Space Telescope snapshot takes hundreds of millions of years to play out. Cataloged as NGC 4038 and NGC 4039, the galaxies' individual stars don't often collide though. Their large clouds of molecular gas and dust do, triggering furious episodes of star formation near the center of the wreckage. New star clusters and interstellar matter are jumbled and flung far from the scene of the accident by gravitational forces. This Hubble close-up frame is about 50,000 light-years across at the estimated distance of the colliding galaxies. In wider-field views their suggestive visual appearance, with extended structures arcing for hundreds of thousands of light-years, gives the galaxy pair its popular name, The Antennae Galaxies.