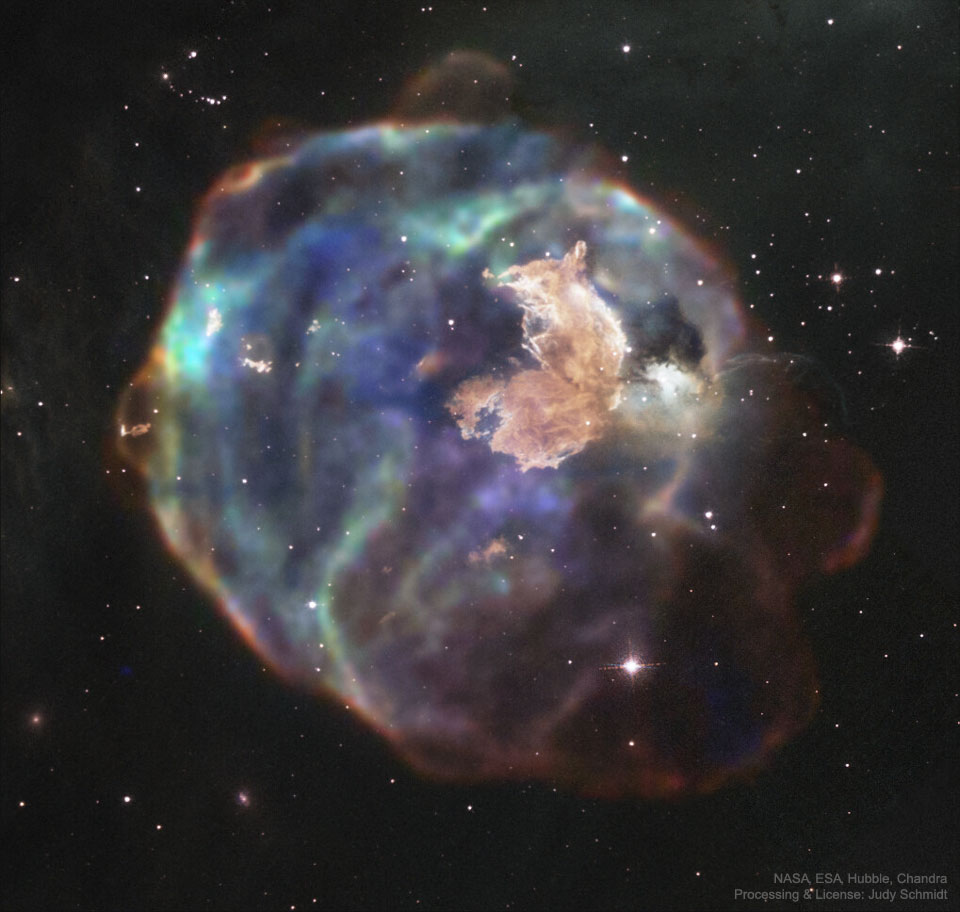 Explanation: What has this supernova left behind? As little as 2,000 years ago, light from a massive stellar explosion in the Large Magellanic Cloud (LMC) first reached planet Earth. The LMC is a close galactic neighbor of our Milky Way Galaxy and the rampaging explosion front is now seen moving out - destroying or displacing ambient gas clouds while leaving behind relatively dense knots of gas and dust. What remains is one of the largest supernova remnants in the LMC: N63A. Many of the surviving dense knots have been themselves compressed and may further contract to form new stars. Some of the resulting stars may then explode in a supernova, continuing the cycle. Featured here is a combined image of N63A in the X-ray from the Chandra Space Telescope and in visible light by Hubble. The prominent knot of gas and dust on the upper right -- informally dubbed the Firefox -- is very bright in visible light, while the larger supernova remnant shines most brightly in X-rays. N63A spans over 25 light years and lies about 150,000 light years away toward the southern constellation of Dorado.