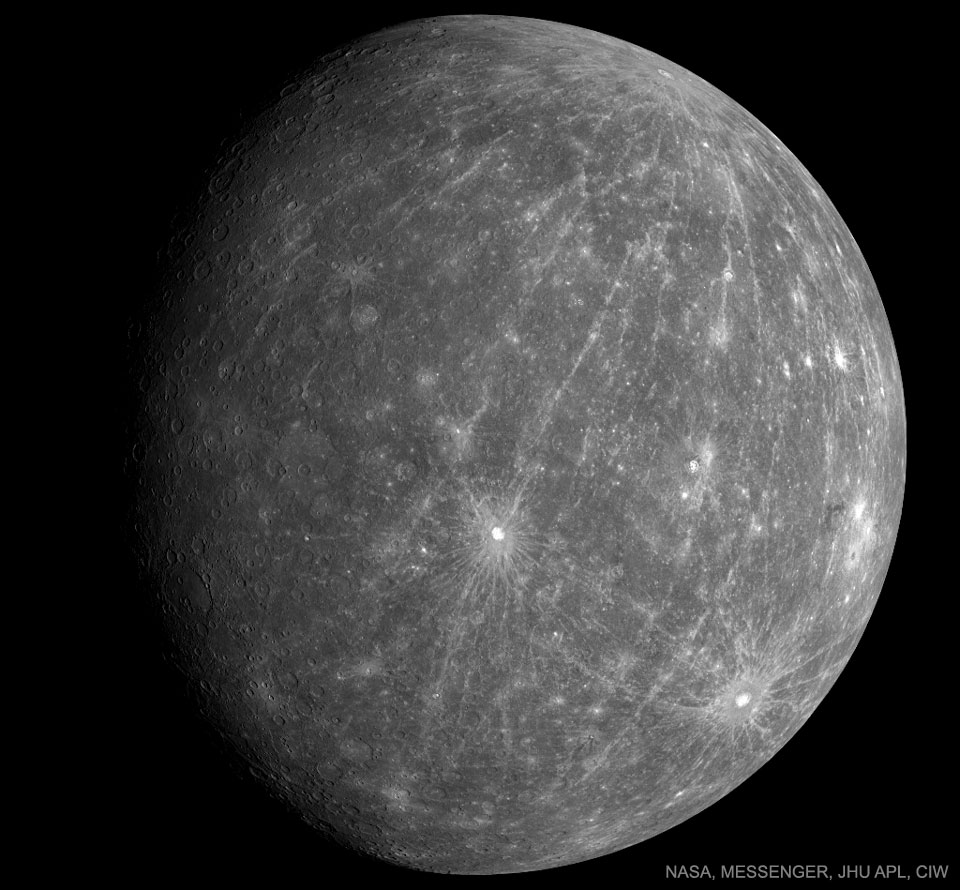 Explanation: Mercury had never been seen like this before. In 2008, the robotic MESSENGER spacecraft buzzed past Mercury for the second time and imaged terrain mapped previously only by comparatively crude radar. The featured image was recorded as MESSENGER looked back 90 minutes after passing, from an altitude of about 27,000 kilometers. Visible in the image, among many other newly imaged features, are unusually long rays that appear to run like meridians of longitude out from a young crater near the northern limb. MESSENGER entered orbit around Mercury in 2011 and finished its primary mission in 2012, but took detailed measurements until 2015, at which time it ran out of fuel and so was instructed to impact Mercury's surface.