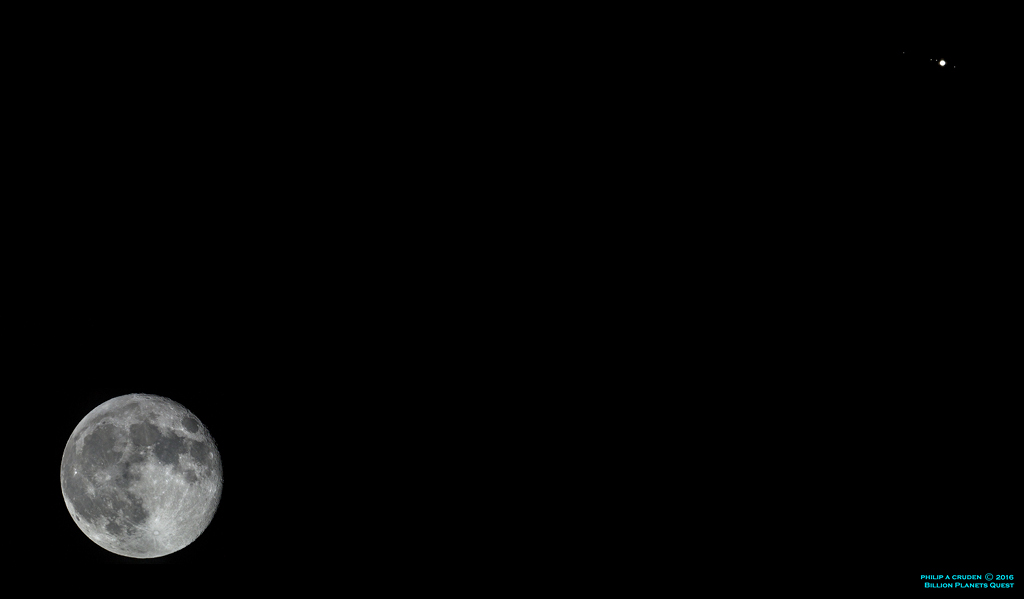 Explanation: Some of the Solar System's largest moons rose together on February 23. On that night, a twilight pairing of a waning gibbous Moon and Jupiter was captured in this sharp telescopic field of view. The composite of short and long exposures reveals the familiar face of our fair planet's own large natural satellite, along with a line up of the ruling gas giant's four Galilean moons. Left to right, the tiny pinpricks of light are Callisto, Io, Ganymede, [Jupiter], and Europa. Closer and brighter, our own natural satellite appears to loom large. But Callisto, Io, and Ganymede are actually larger than Earth's Moon, while water world Europa is only slightly smaller. In fact, of the Solar System's six largest planetary satellites, only Saturn's moon Titan is missing from the scene. (Editor's note: Composite corrected for orientation and field of view posted on March 7.)