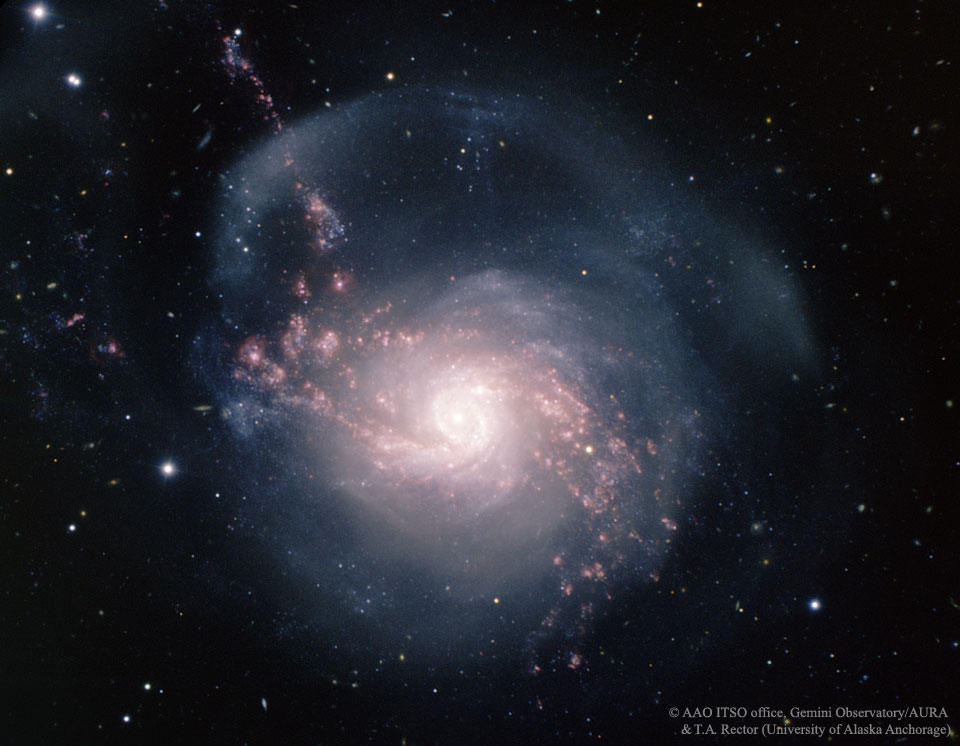 Explanation: The party is still going on in spiral galaxy NGC 3310. Roughly 100 million years ago, NGC 3310 likely collided with a smaller galaxy causing the large spiral galaxy to light up with a tremendous burst of star formation. The changing gravity during the collision created density waves that compressed existing clouds of gas and triggered the star-forming party. The featured image from the Gemini North Telescope shows the galaxy in great detail, color-coded so that pink highlights gas while white and blue highlight stars. Some of the star clusters in the galaxy are quite young, indicating that starburst galaxies may remain in star-burst mode for quite some time. NGC 3310 spans about 50,000 light years, lies about 50 million light years away, and is visible with a small telescope towards the constellation of Ursa Major.