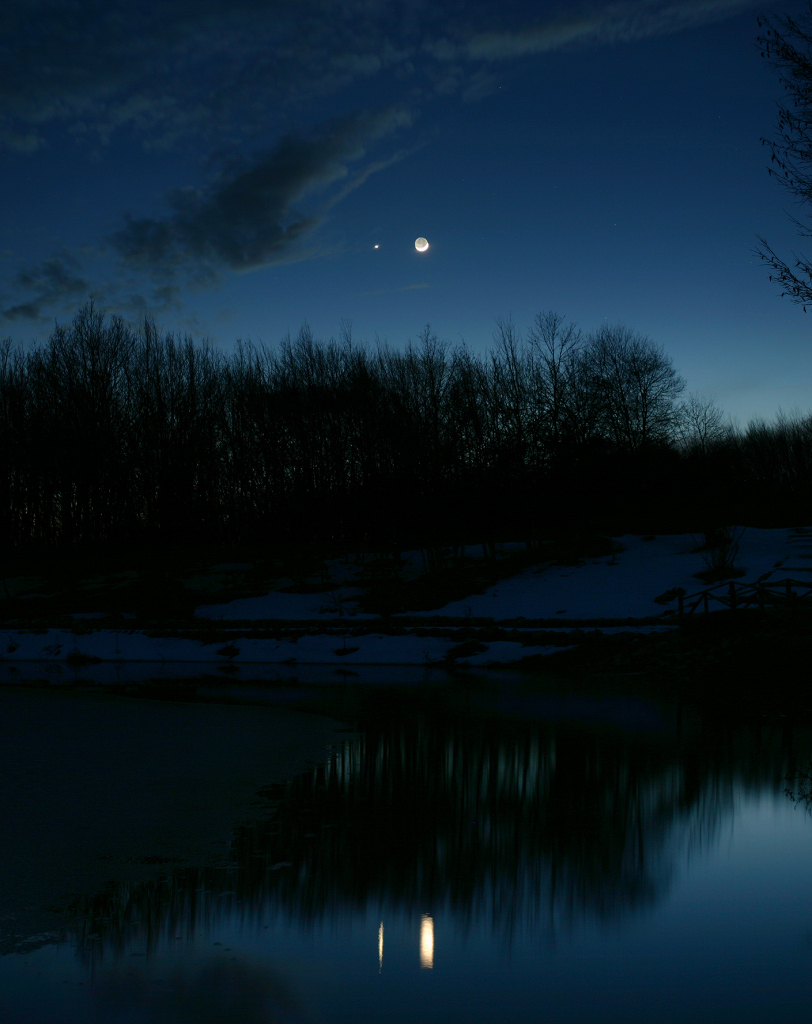 Explanation: Eight years ago, an evening sky held this lovely pairing of a young crescent Moon and brilliant Venus. Seen near the western horizon, the close conjunction and its wintry reflection were captured from Bolu, Turkey, planet Earth on February 19, 2007. In the 8 Earth years since this photograph was taken Venus has orbited the Sun almost exactly 13 times, so the Sun and Venus have now returned to the same the configuration in Earth's sky. And since every 8 years the Moon also nearly repeats its phases for a given time of year, a very similar crescent Moon-Venus conjunction will again appear in planet Earth's evening skies tonight. But the February 20, 2015 version of the conjunction will also include planet Mars. Much fainter Mars will wander even closer to Venus by the evening of February 21.