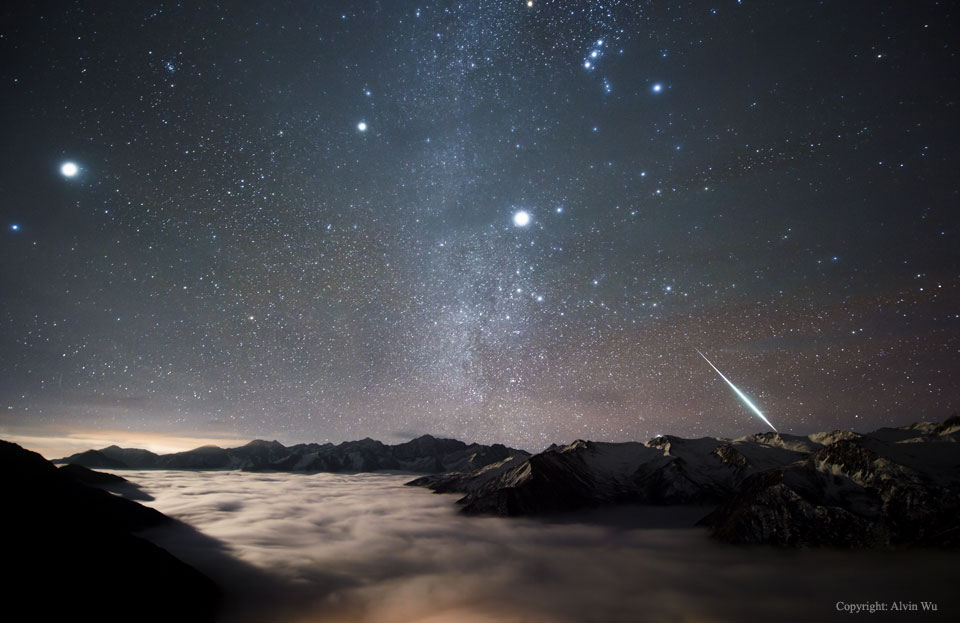 Explanation: This was a sky to remember. While viewing the Geminids meteor shower a few days ago, a bright fireball was captured over Mt. Balang, China with particularly picturesque surroundings. In the foreground, a sea of light clouds slowly floated between dark mountain peaks. In the background, the constellation of Orion shone brightly, with the familiar three stars of Orion's belt visible near the image top right. Sirius, the brightest star in the night sky, is visible near the image center. The bright fireball flashed for only a fraction of second on the lower right. The source of the fireball was a pebble that intersected the protective atmosphere of Earth, originally expelled by the Sun-orbiting asteroid-like object 3200 Phaethon.