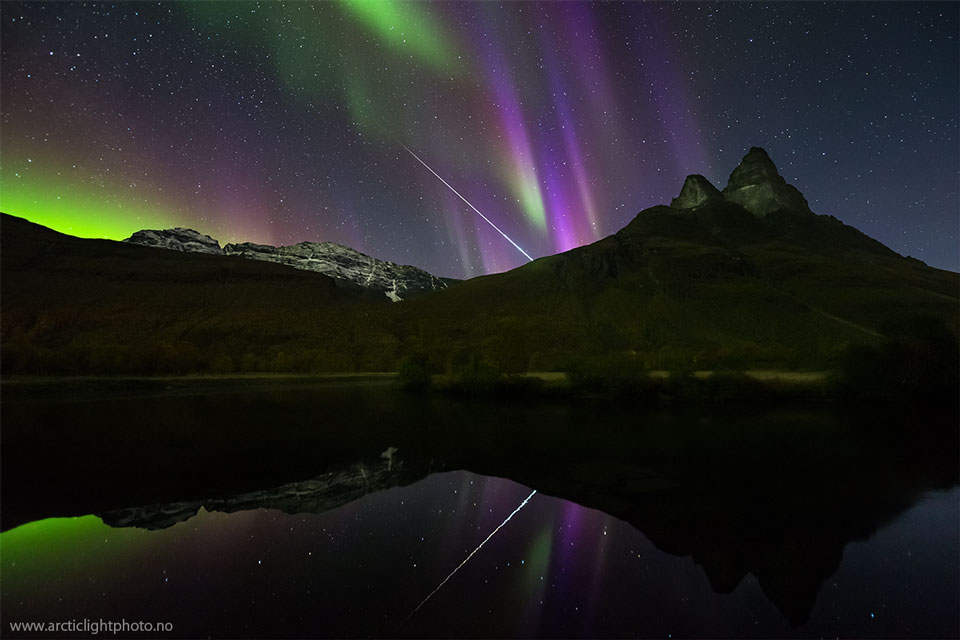 Explanation: What's happening behind that mountain? A convergence of variable sky spectacles. One night in mid-September near Tromsř, Norway, high red aurora could be seen shimmering through lower green aurora in a way that created a striking and somewhat unusual violet glow. Suddenly, though, the sky flashed with the brightest fireball the astrophotographer had ever seen, as a small pebble from outer space violently crashed into the Earth's atmosphere. The glow illuminated the distant mountain peak known as Otertinden of the Lyngen Alps. The bright meteor, which coincidently disappeared behind the same mountain, was also reflected in the foreground Signalelva River. Although you might consider yourself lucky to see either an aurora or a bright meteor, pictures of them together have been recorded several times previously.