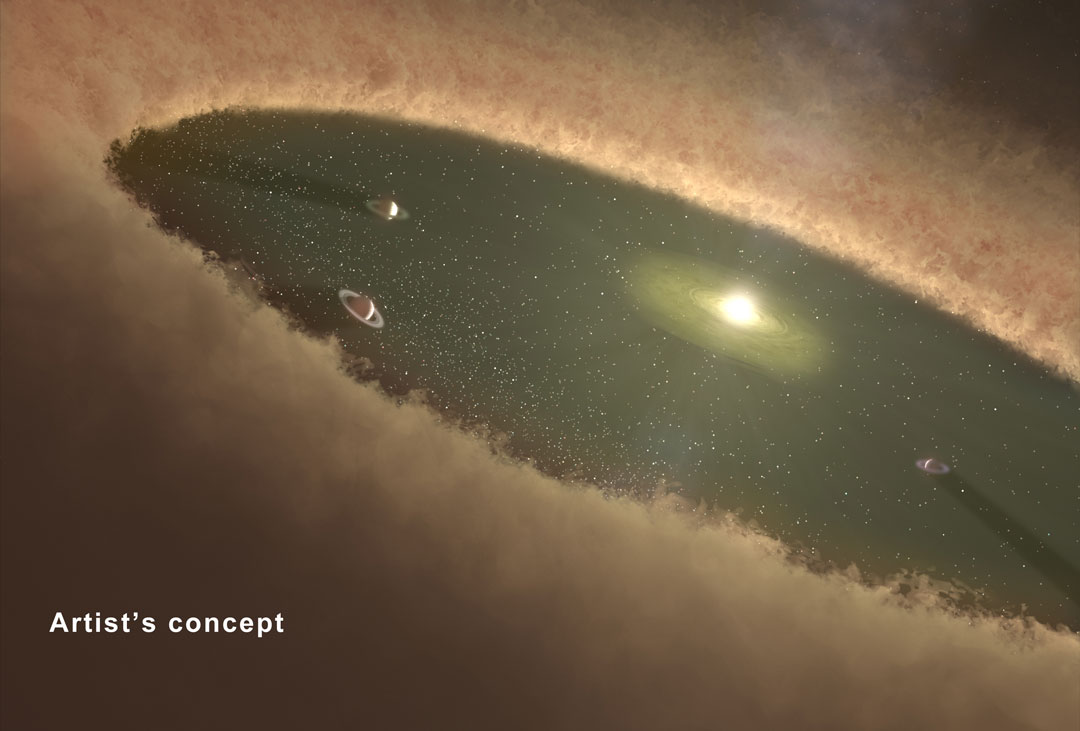 Explanation: What do other star systems look like? To help find out, astronomers are carrying out detailed observations of nearby stars in infrared light to see which have dust disks that might be forming planets. Observations by NASA's Spitzer Space Telescope and ESA's Herschel Space Observatory have found that planetary system HD 95086 has two dust disks: a hot one near the parent star and a cooler one farther out. An artist's illustration of how the system might appear is featured here, including hypothetical planets with large rings that orbit between the disks. The planets may have created the large gap between the disks by absorbing and deflecting dust with their gravity. HD 95086 is a blue star about 60 percent more massive than our Sun that lies about 300 light years from Earth and is visible with binoculars toward the constellation of Carina. Studying the HD 95086 system may help astronomers better understand the formation and evolution of our own Solar System as well as the Earth.