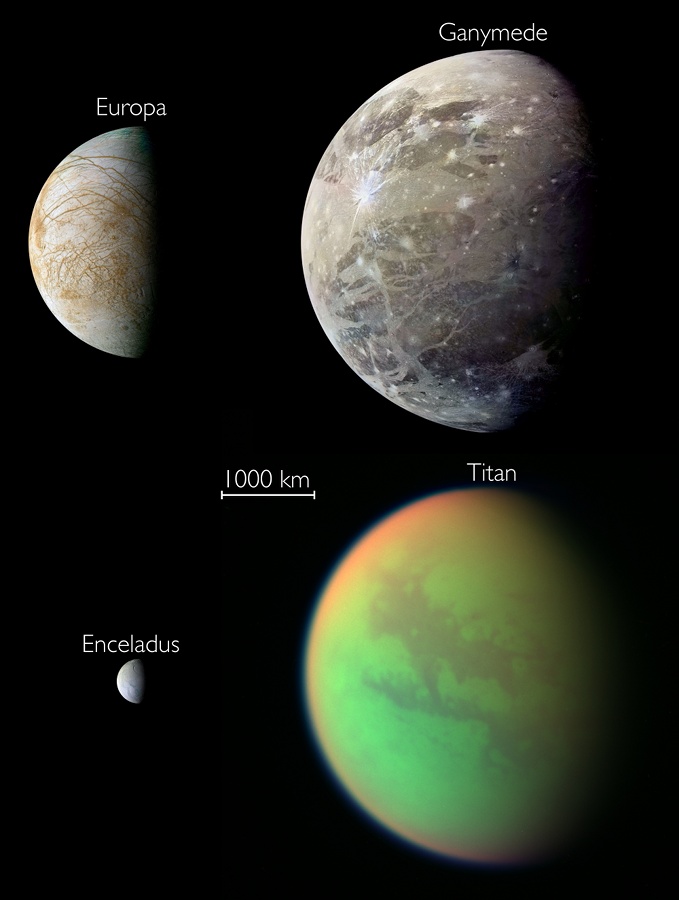 Explanation: For astrobiologists, these may be the four most tantalizing moons in our Solar System. Shown at the same scale, their exploration by interplanetary spacecraft has launched the idea that moons, not just planets, could have environments supporting life. The Galileo mission to Jupiter discovered Europa's global subsurface ocean of liquid water and indications of Ganymede's interior seas. At Saturn, the Cassini probe detected erupting fountains of water ice from Enceladus indicating warmer subsurface water on even that small moon, while finding surface lakes of frigid but still liquid hydrocarbons beneath the dense atmosphere of large moon Titan. Now looking beyond the Solar System, new research suggests that sizable exomoons, could actually outnumber exoplanets in stellar habitable zones. That would make moons the most common type of habitable world in the Universe.