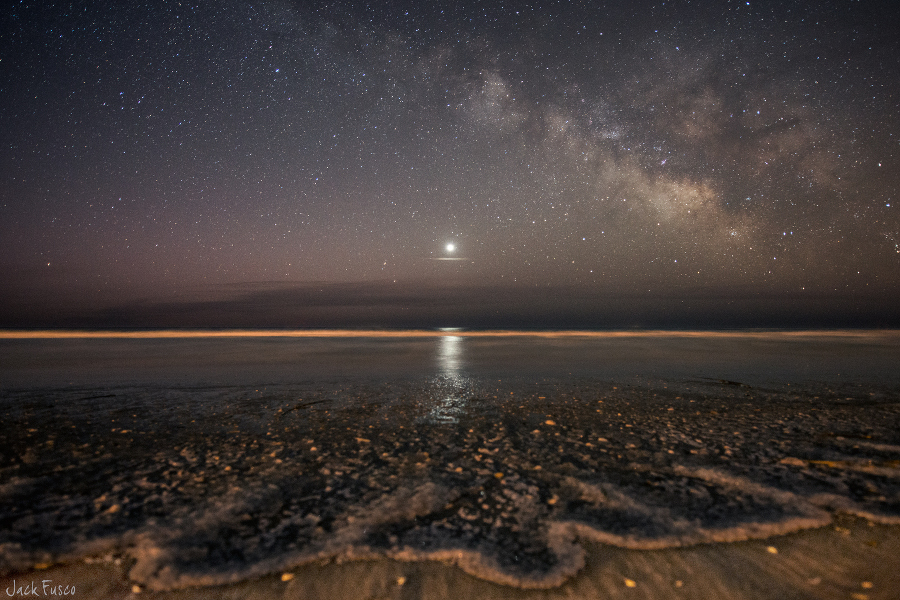 A View from the Zone
Image Credit & Copyright: Jack Fusco

Explanation: Brilliant Venus and the central Milky Way rise in the early morning hours of March 1 in this sea and skyscape. The scene looks out from a beach at Sea Isle City, New Jersey, USA, planet Earth. Of course, Earth orbits well within the solar system's habitable zone, that Goldilocks region not too close and not too far from the Sun where surface temperatures can support liquid water. Similar in size to Earth, Venus lies just beyond the inner boundary of the habitable zone. The watery reflection of light from our inhospitable sister planet is seen along a calm, cold ocean and low cloud bank.