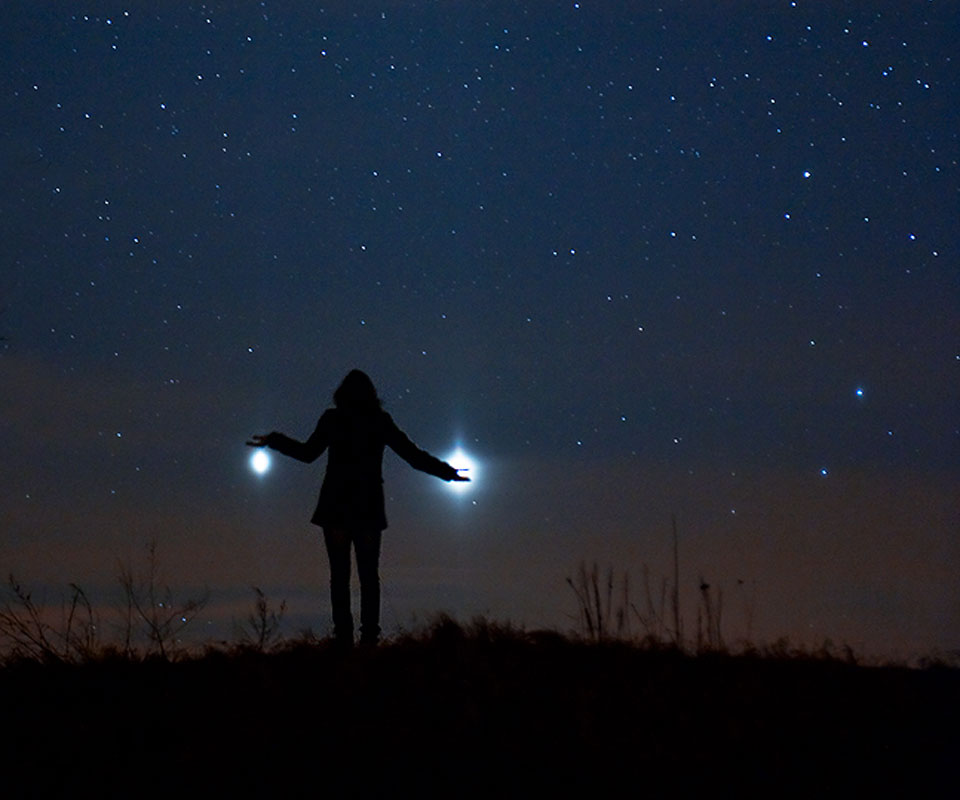 Explanation: It was visible around the world. The sunset conjunction of Jupiter and Venus in 2012 was visible almost no matter where you lived on Earth. Anyone on the planet with a clear western horizon at sunset could see them. Pictured above in 2012, a creative photographer traveled away from the town lights of Szubin, Poland to image a near closest approach of the two planets. The bright planets were separated only by three degrees and his daughter striking a humorous pose. A faint red sunset still glowed in the background. Early tomorrow (Monday) morning, the two planets will pass even closer -- only 0.2 degrees apart as visible from some locations -- just before sunrise.