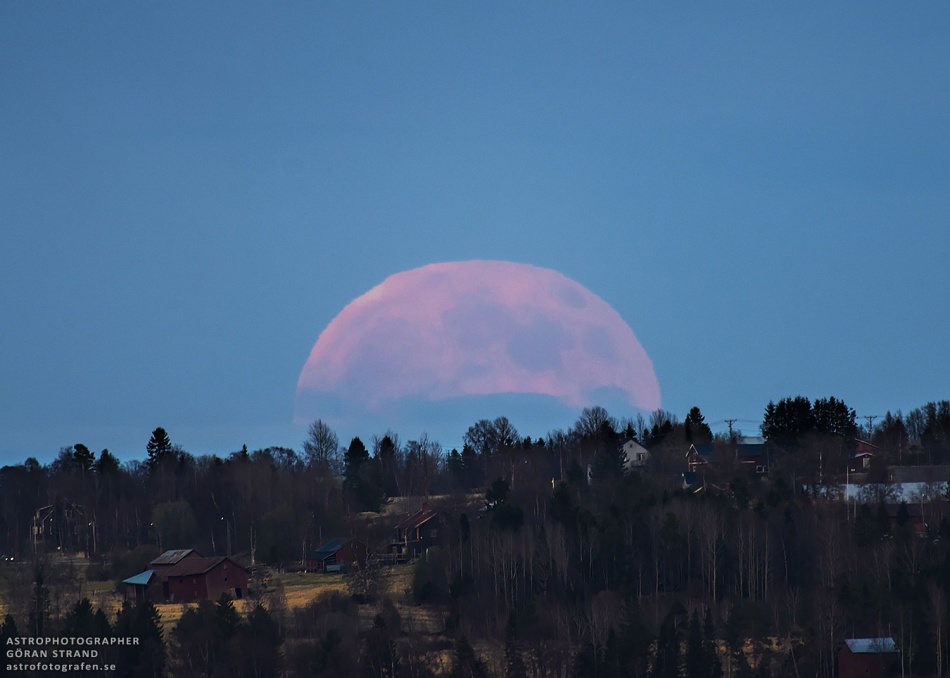 Explanation: June's Full Moon (full phase on June 13, 0411 UT) is traditionally known as the Strawberry Moon or Rose Moon. Of course those names might also describe the appearance of this Full Moon, rising last month over the small Swedish village of Marieby. The Moon looks large in the image because the scene was captured with a long focal length lens from a place about 8 kilometers from the foreground houses. But just by eye a Full Moon rising, even on Friday the 13th, will appear to loom impossibly large near the horizon. That effect has long been recognized as the Moon Illusion. Unlike the magnification provided by a telescope or telephoto lens, the cause of the Moon illusion is still poorly understood and not explained by atmospheric optical effects, such as scattering and refraction. Those effects do produce the Moon's blushing color and ragged edge also seen in the photograph.