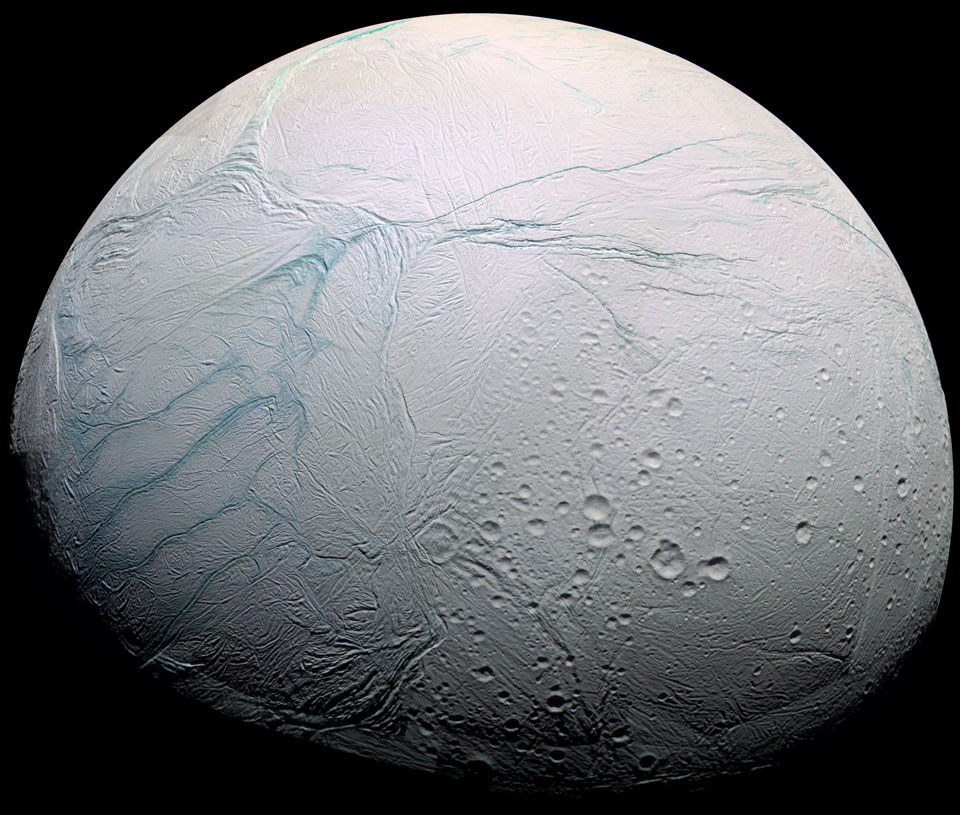 Explanation: Do underground oceans vent through the tiger stripes on Saturn's moon Enceladus? Long features dubbed tiger stripes are known to be spewing ice from the moon's icy interior into space, creating a cloud of fine ice particles over the moon's South Pole and creating Saturn's mysterious E-ring. Evidence for this has come from the robot Cassini spacecraft now orbiting Saturn. Pictured above, a high resolution image of Enceladus is shown from a close flyby. The unusual surface features dubbed tiger stripes are visible in false-color blue. Why Enceladus is active remains a mystery, as the neighboring moon Mimas, approximately the same size, appears quite dead. Most recently, an analysis of slight gravity deviations has given an independent indication of underground oceans. Such research is particularly interesting since such oceans would be candidates to contain life.