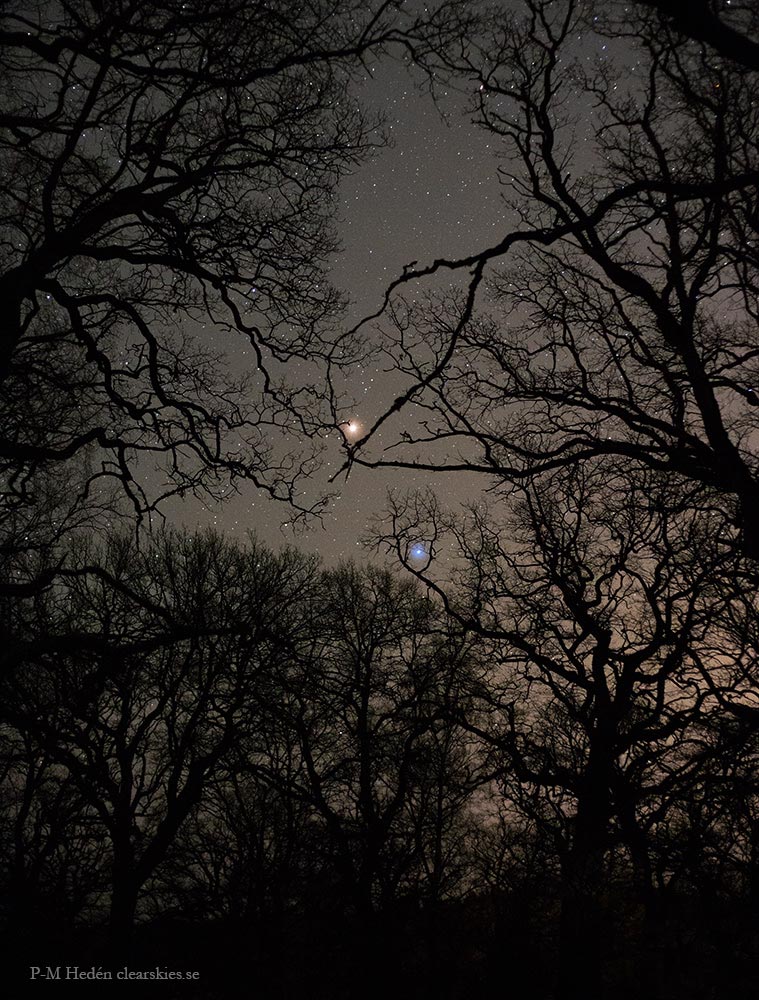 Explanation: A bright pair of sky objects will be visible together during the next few months. Mars will shine brightly in its familiar rusty hue as it reaches its brightest of 2014 next week. The reason that Mars appears so bright is that Earth and Mars are close to each other in their long orbits around the Sun. Spica, on the other hand, shines constantly as one of the brightest blue stars in the night sky. Pronounced "spy-kah", the blue-hued star has been visible throughout human history and the sounds that identify it today date back to ancient times. Pictured above, the planet and the star were photographed rising together toward the southeast after sunset last week through old oak trees in Sweden.