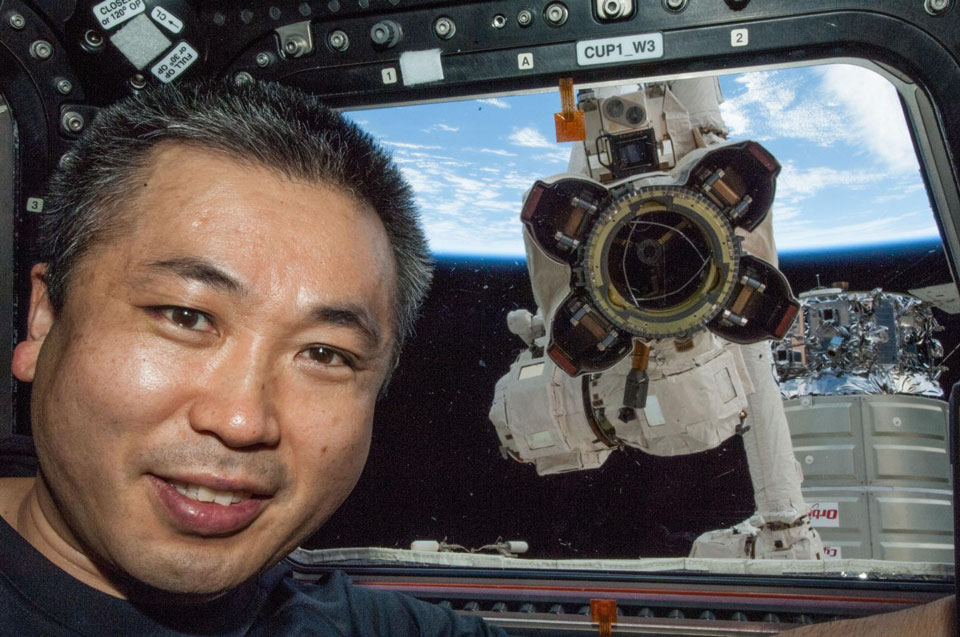 Explanation: Space station robot AFJ013 has forgotten her space lock key again. The frustrated robot was reduced to tapping on a space station window and asking for a human to let her back in -- for the third time this week. "Yes, she did a great job adjusting the tolerances on the new science module, but why she can't remember to take her key is beyond me," said incredulous station commander Koichi Wakata (Japan). "We would keep the entry unlocked but we are afraid that space aliens will come in and raid our refrigerator", the astronaut lamented. Happy April Fools' Day from the folks at APOD. In reality, International Space Station astronaut Wakata poses in front of a Cupola window while the Latching End Effector, attached to Canadarm2, is visible just outside.