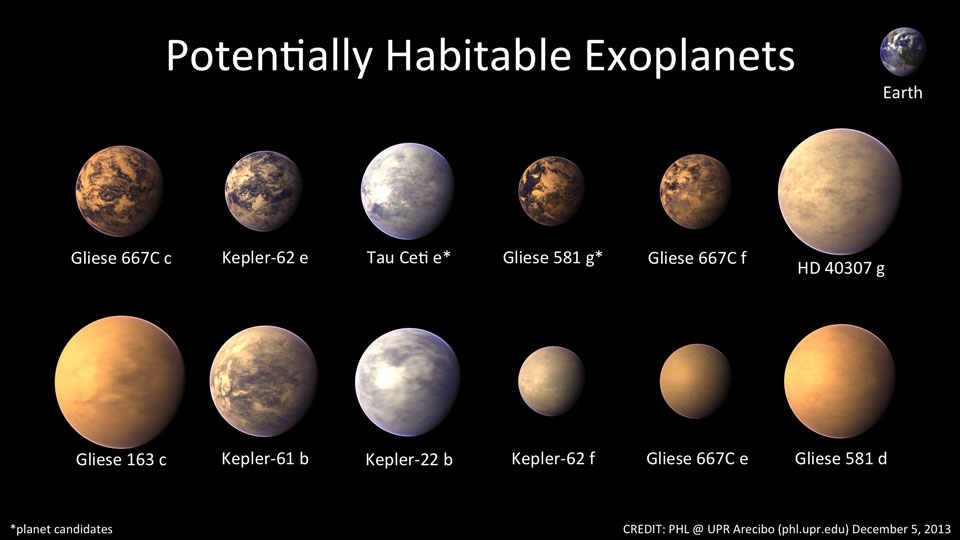 Explanation: Is Earth the only known world that can support life? In an effort to find life-habitable worlds outside our Solar System, stars similar to our Sun are being monitored for slight light decreases that indicate eclipsing planets. Many previously-unknown planets are being found, including over 700 worlds recently uncovered by NASA's Kepler satellite. Depicted above in artist's illustrations are twelve extrasolar planets that orbit in the habitable zones of their parent stars. These exoplanets have the right temperature for water to be a liquid on their surfaces, and so water-based life on Earth might be able to survive on them. Although technology cannot yet detect resident life, finding habitable exoplanets is a step that helps humanity to better understand its place in the cosmos.