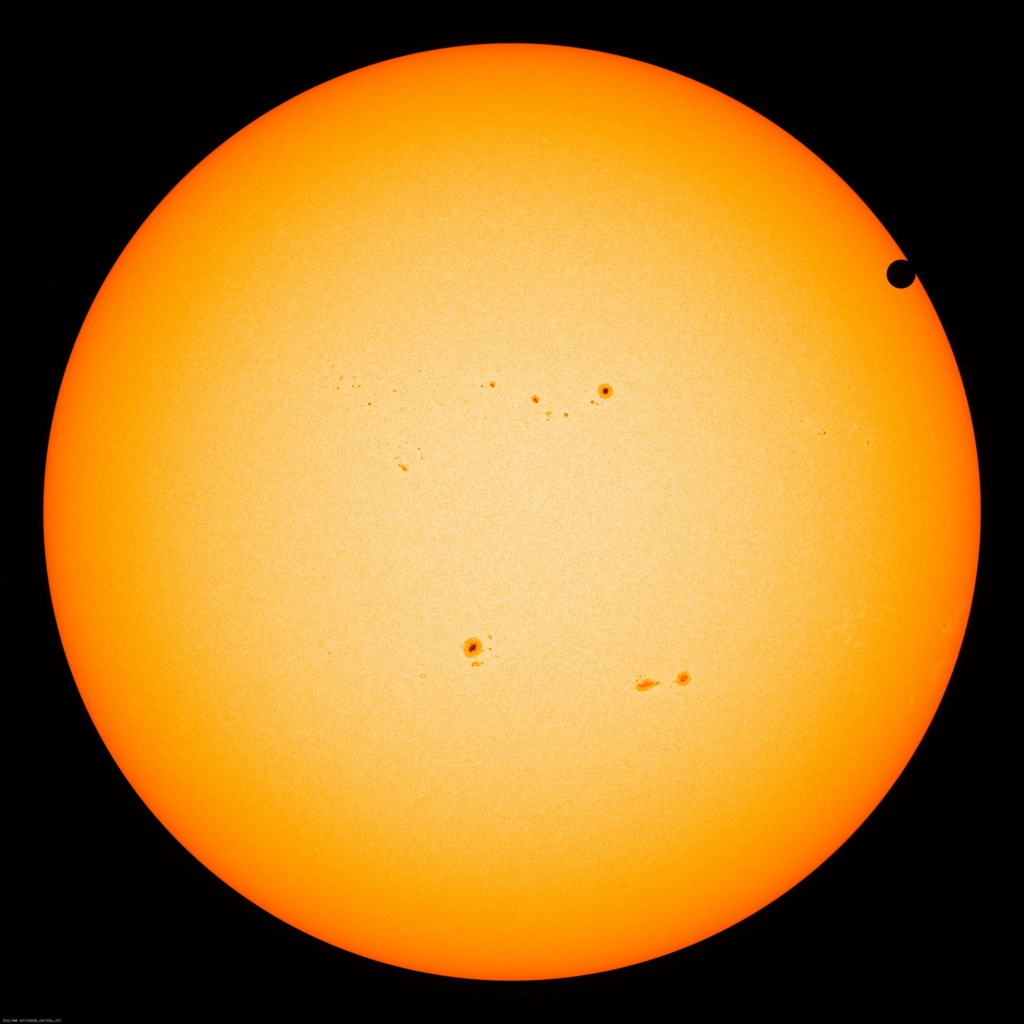 Explanation: Today Venus moves in front of the Sun. One way to follow this rare event is to actively reload the above live image of the Sun during the right time interval and look for an unusual circular dark dot. The smaller sprawling dark areas are sunspots. The circular dot is the planet Venus. The dark dot will only appear during a few very specific hours, from about 22:10 on 2012 June 5 through 4:50 2012 June 6, Universal Time. This transit is the rarest type of solar eclipse known -- much more rare than an eclipse of the Sun by the Moon or even by the planet Mercury. In fact, the next transit of Venus across the Sun will be in 2117. Anyone with a clear view of the Sun can go outside and carefully view the transit for themselves by projecting sunlight through a hole in a card onto a wall. Because this Venus transit is so unusual and visible from so much of the Earth, it is expected to be one of the more photographed celestial events in history. The above live image on the Sun is being taken by the Earth-orbiting Solar Dynamics Observatory and can be updated about every 15 minutes. Editor's note: Since the transit has ended, the live image was replaced by one taken just before Venus crossed out of Sun.