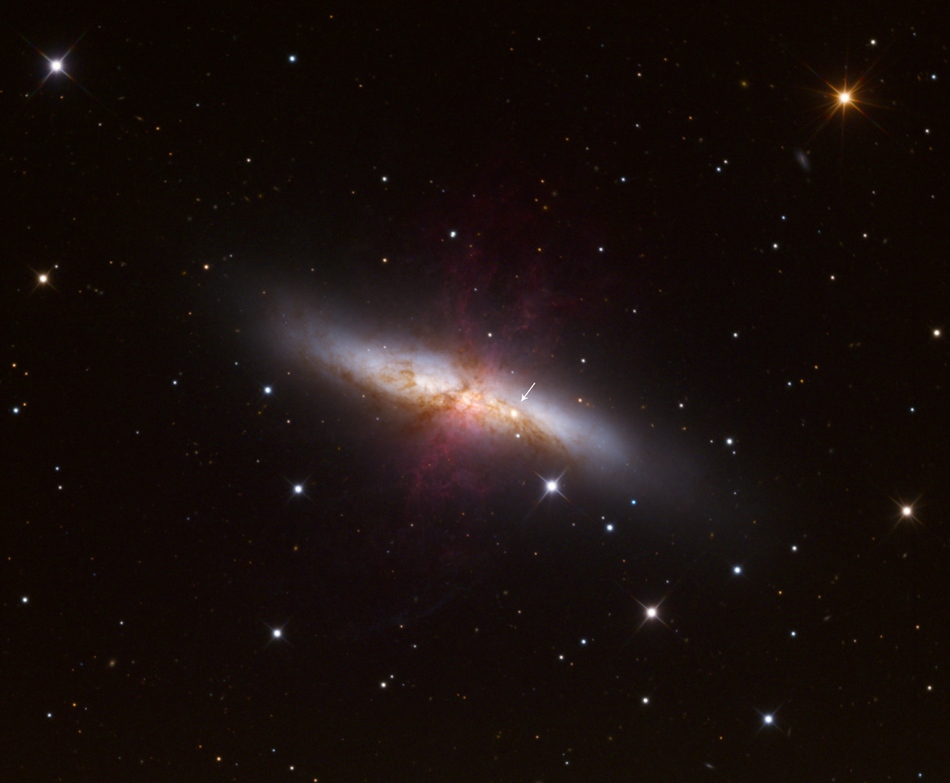 Explanation: Astronomers really don't find supernovae by looking for the arrows. But in this image taken January 23rd, an arrow does point to an exciting, new supernova, now cataloged as SN 2014J, in nearby bright galaxy M82. Located near the Big Dipper in planet Earth's sky, M82 is also known as the Cigar Galaxy, a popular target for telescopes in the northern hemisphere. In fact, SN 2014J was first spotted as an unfamiliar source in the otherwise familiar galaxy by teaching fellow Steve Fossey and astronomy workshop students Ben Cooke, Tom Wright, Matthew Wilde and Guy Pollack at the University College London Observatory on the evening of January 21. M82 is a mere 12 million light-years away (so the supernova explosion did happen 12 million years ago, that light just now reaching Earth), making supernova SN 2014J one of the closest to be seen in recent decades. Spectra indicate it is a Type Ia supernova caused by the explosion of a white dwarf accreting matter from a companion star. By some estimates one week away from its maximum brightness, SN 2014J is already the brightest part of M82 and visible in small telescopes in the evening sky.