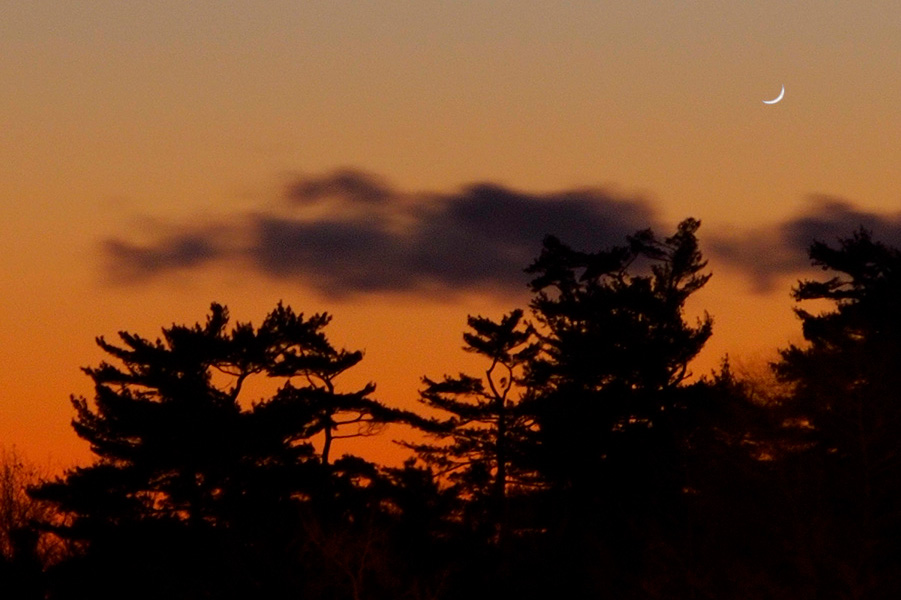 Explanation: That's not the young crescent Moon poised above the western horizon at sunset. Instead it's Venus in a crescent phase, captured with a long telephoto lens from Quebec City, Canada, planet Earth on a chilly December 30th evening. The very bright celestial beacon is dropping lower into the evening twilight every day. But it also grows larger in apparent size and becomes a steadily thinner crescent in binocular views as it heads toward an inferior conjunction, positioned between the Earth and the Sun on January 11. The next few evenings will see a young crescent Moon join the crescent Venus in the western twilight, though. Historically, the first observations of the phases of Venus were made by Galileo with his telescope in 1610, evidence consistent with the Copernican model of the Solar System, but not the Ptolemaic system.