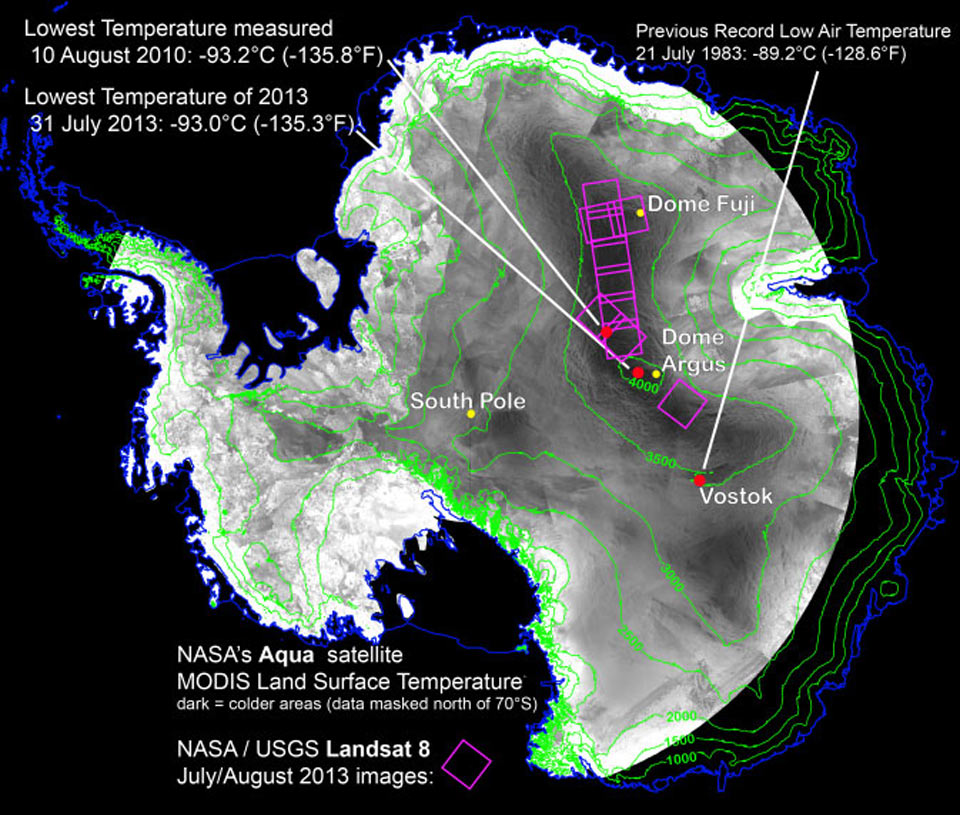 Explanation: How cold can it get on Earth? In the interior of the Antarctica, a record low temperature of -93.2 °C (-135.8 °F) has been recorded. This is about 25 °C (45 °F) colder than the coldest lows noted for any place humans live permanently. The record temperature occurred in 2010 August -- winter in Antarctica -- and was found by scientists sifting through decades of climate data taken by Earth-orbiting satellites. The coldest spots were found near peaks because higher air is generally colder, although specifically in depressions near these peaks because relatively dense cold air settled there and was further cooled by the frozen ground. Summer is a much better time to visit Antarctica, as some regions will warm up as high as 15 °C (59 °F).