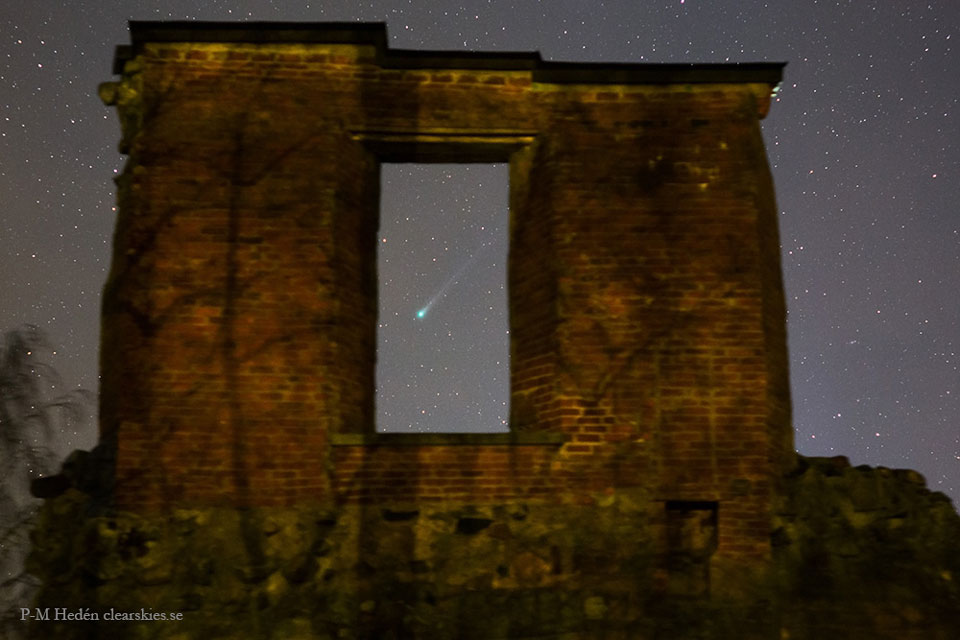 Explanation: This new comet is quite photogenic. Comet Lovejoy, discovered only three months ago, was imaged through ruins of ancient M—rby Castle in Sweden last week sporting a green-glowing coma and tails trailing several degrees. The past few weeks have been an unusually active time for comet watchers as four comets were visible simultaneously with binoculars: ISON, Lovejoy, Encke, and LINEAR. C/2013 R1 (Lovejoy) comet is currently visible to the unaided eye from a dark location. As Monday's new Moon will provide little glare, the next few days provide a good time to see Comet Lovejoy as it reaches its peak brightness. In two and a half weeks, Comet Lovejoy will reach its closest approach to the Sun at a distance just inside the orbital distance of the Earth.