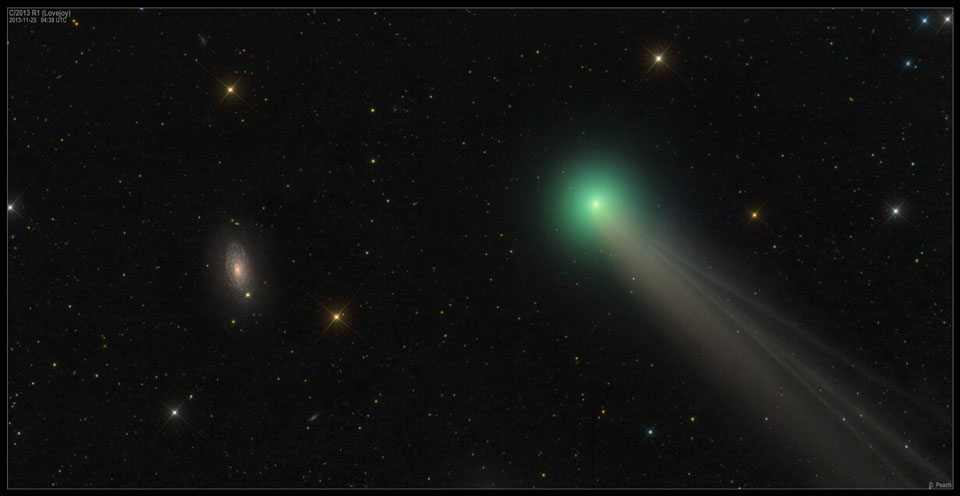 Explanation: Comet Lovejoy was captured last week passing well in front of spiral galaxy M63. Discovered only three months ago and currently near its maximum brightness, Comet Lovejoy can be seen near the Big Dipper from dark northerly locations before dawn with the unaided eye. An unexpected rival to Comet ISON, C/2013 R1 (Lovejoy), pictured above, is currently sporting a large green coma and a beautifully textured ion tail. Comet Lovejoy is now headed back to the outer Solar System but should remain a good sight in binoculars for another few weeks. Conversely, spiral galaxy M63, lies far in the distance and is expected to remain stationary on the sky and hold its relative brightness for at least the next few million years.