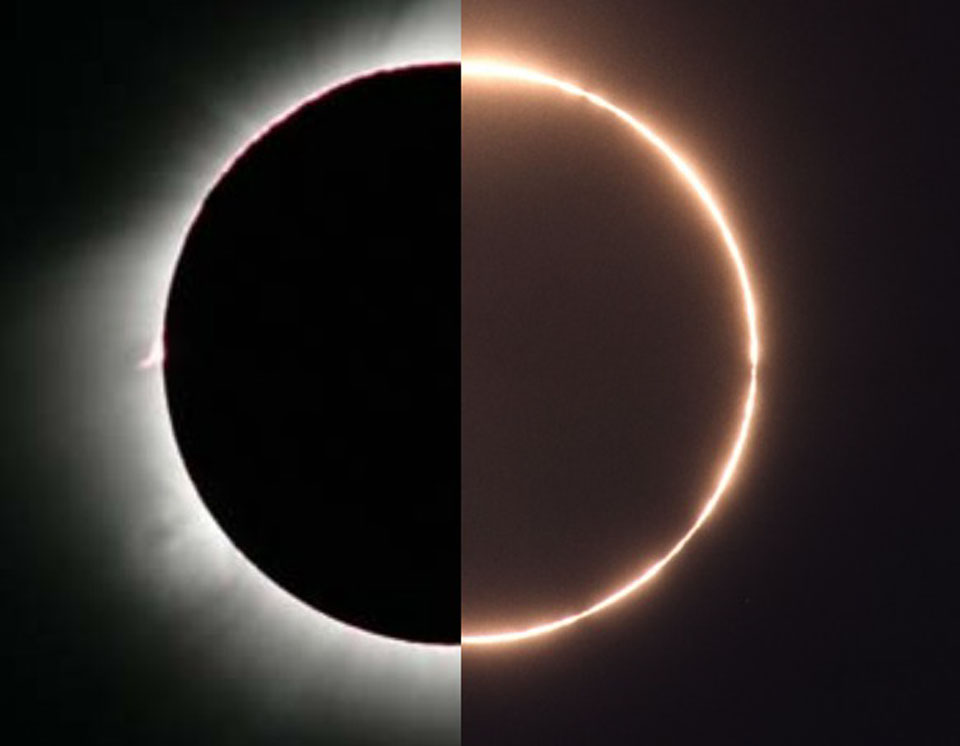 Explanation: A spectacular geocentric celestial event of 2005 was a rare hybrid eclipse of the Sun - a total or an annular eclipse could be seen depending on the observer's location. For Fred Espenak, aboard a gently swaying ship within the middle of the Moon's shadow track about 2,200 kilometers west of the Galapagos, the eclipse was total, the lunar silhouette exactly covering the bright solar disk for a few brief moments. His camera captured a picture of totality revealing the extensive solar corona and prominences rising above the Sun's edge. But for Stephan Heinsius, near the end of the shadow track at Penonome Airfield, Panama, the Moon's apparent size had shrunk enough to create an annular eclipse, showing a complete annulus of the Sun's bright disk as a dramatic ring of fire. Pictures from the two locations are compared above. How rare is such a hybrid eclipse? Calculations show that during the 21st century just 3.1% (7 out of 224) of solar eclipses are hybrid while hybrids comprise about 5% of all solar eclipses over the period 2000 BC to AD 3000. Today's hybrid solar eclipse is most widely visible beyond the central shadow track as a brief partial eclipse from northeastern Americas through Africa, and along the track in an annular phase for only the first 15 seconds.