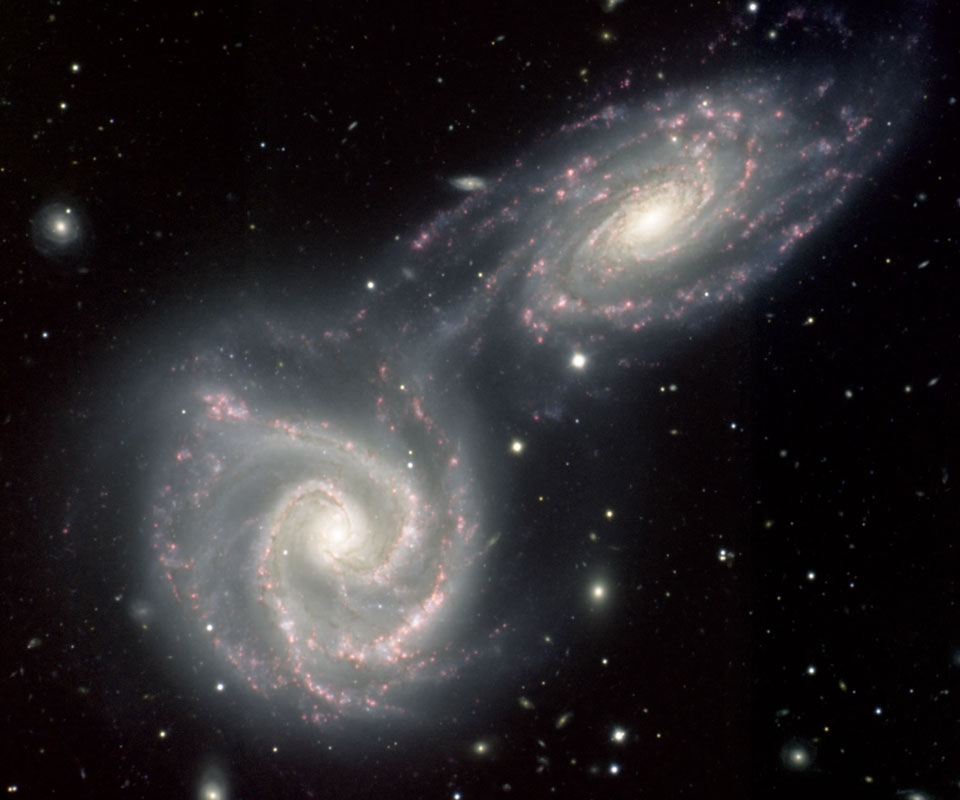 Explanation: What will become of these galaxies? Spiral galaxies NGC 5426 and NGC 5427 are passing dangerously close to each other, but each is likely to survive this collision. Typically when galaxies collide, a large galaxy eats a much smaller galaxy. In this case, however, the two galaxies are quite similar, each being a sprawling spiral with expansive arms and a compact core. As the galaxies advance over the next tens of millions of years, their component stars are unlikely to collide, although new stars will form in the bunching of gas caused by gravitational tides. Close inspection of the above image taken by the 8-meter Gemini-South Telescope in Chile shows a bridge of material momentarily connecting the two giants. Known collectively as Arp 271, the interacting pair spans about 130,000 light years and lies about 90 million light-years away toward the constellation of Virgo. Recent predictions hold that our Milky Way Galaxy will undergo a similar collision with the neighboring Andromeda Galaxy in a few billion years.