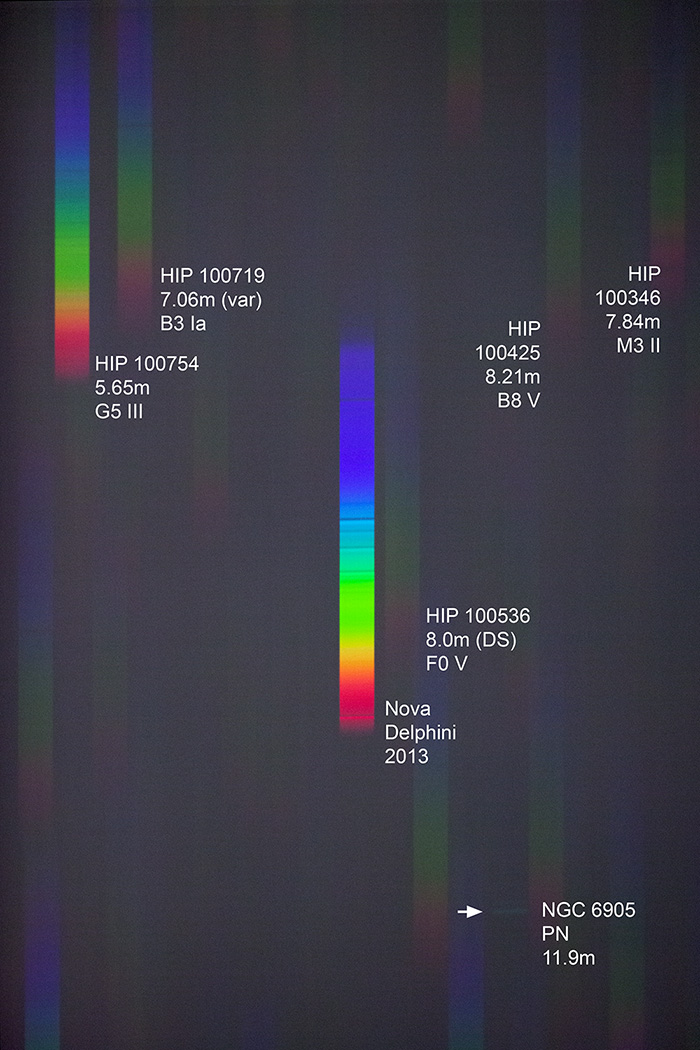 Explanation: When a new star appeared in the constellation Delphinus late last week, astronomers found its spectrum hinted at the apparition's true nature. Now known as Nova Delphini 2013, its visible light spectrum near maximum brightness is centered in this image of the nearby star field captured with prism and telescope on the night of August 16/17 at the Sternwarte Bülach, Switzerland. Strong absorption lines due to hydrogen atoms are seen as the darkest bands in the nova's spectrum, but the strong absorption lines are bordered along their redward edge by bright bands of emission. That pattern is the spectral signature of material blasted from a type of catalysmic binary system known as a classical nova. Other stars in field are fainter, identified by their Hipparcus catalog numbers, brightness in magnitudes, and spectral types. By chance, the faint emission line from planetary nebula NGC 6905 was also included, indicated at the lower right.